From Trail Head to Summit: 6.0 hours
From Summit to Trail Head: 5.0 hours

Sloan has been on the list for several years. Yesterday I climbed it car to car from Cougar Creek in just over 11 hours (4am-3pm).

Let me start by confirming that crossing the N fork of the Sauk sucks. It really sucks.

My strategy of wearing short shorts and a pair of beater trail shoes for wading worked well enough but left me vulnerable to devils club and various prickly plants. I definitely got off track though, there must be a trail there somewhere. It took about an hour to find the climbers trail on the far side. There I stashed my river crossing gear.

The trail is a a straightforward but steep path gaining about 4k feet through forest and meadows. The trail follows a stream until 4,600' so it's easy to travel light on water and refill often.

Eventually I popped out on a ridge below the imposing east face and glacier. There are some crevasses visible at the top of the glacier but they are mostly avoidable. From here one can either scramble up slabs to the right or climb straight up the snow. I chose the snow and soon found myself traversing climbers left toward the SE shelf. This part was the crux as the snow was somewhat steep.

After the snow a short hike and scramble brought me to the summit. I spent 20 minutes enjoying the views and started back down.

The descent was unremarkable except for the last 45 minutes spent cursing at devils club and rushing water. Seriously, I hated that river crossing. 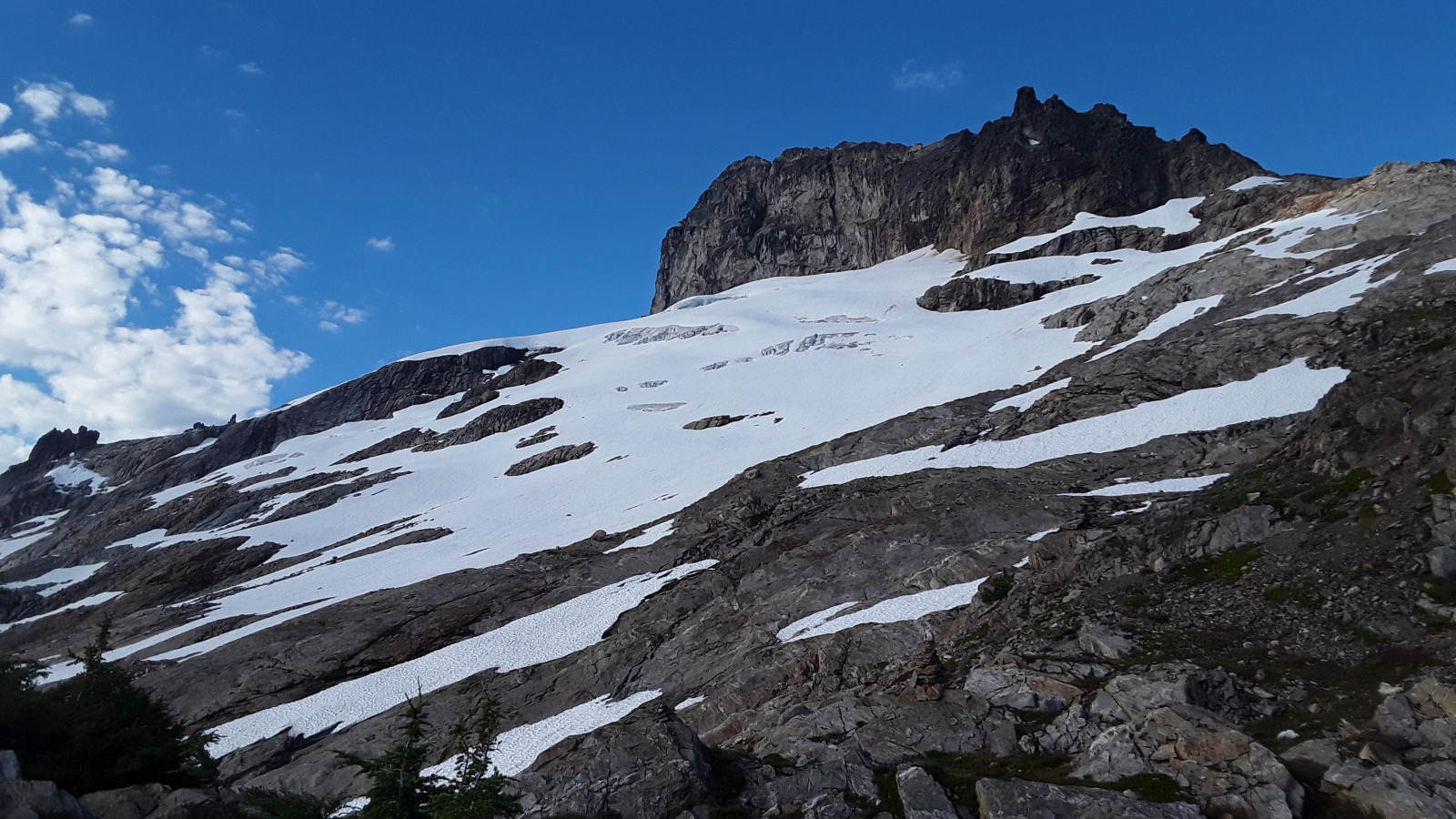 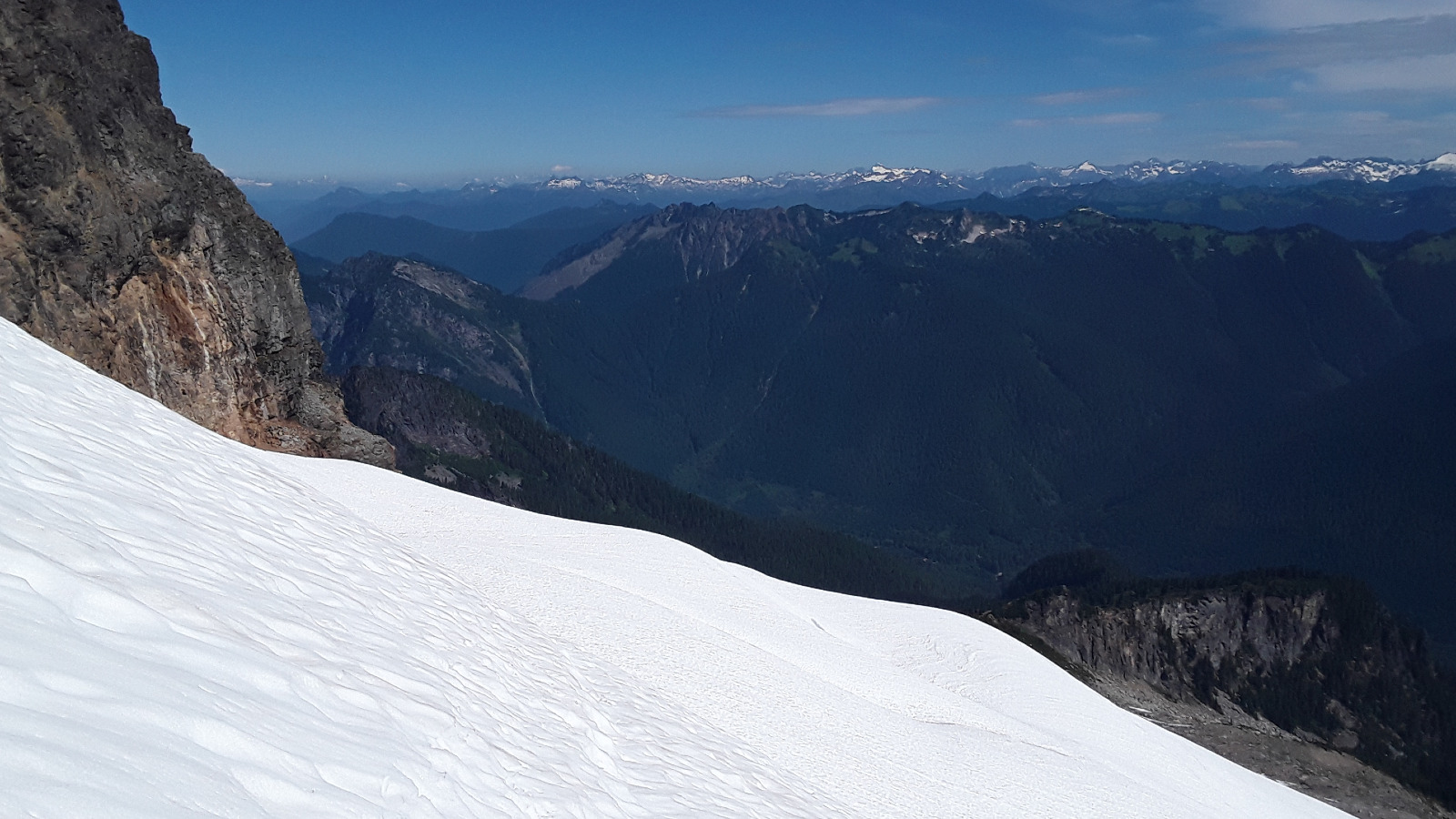 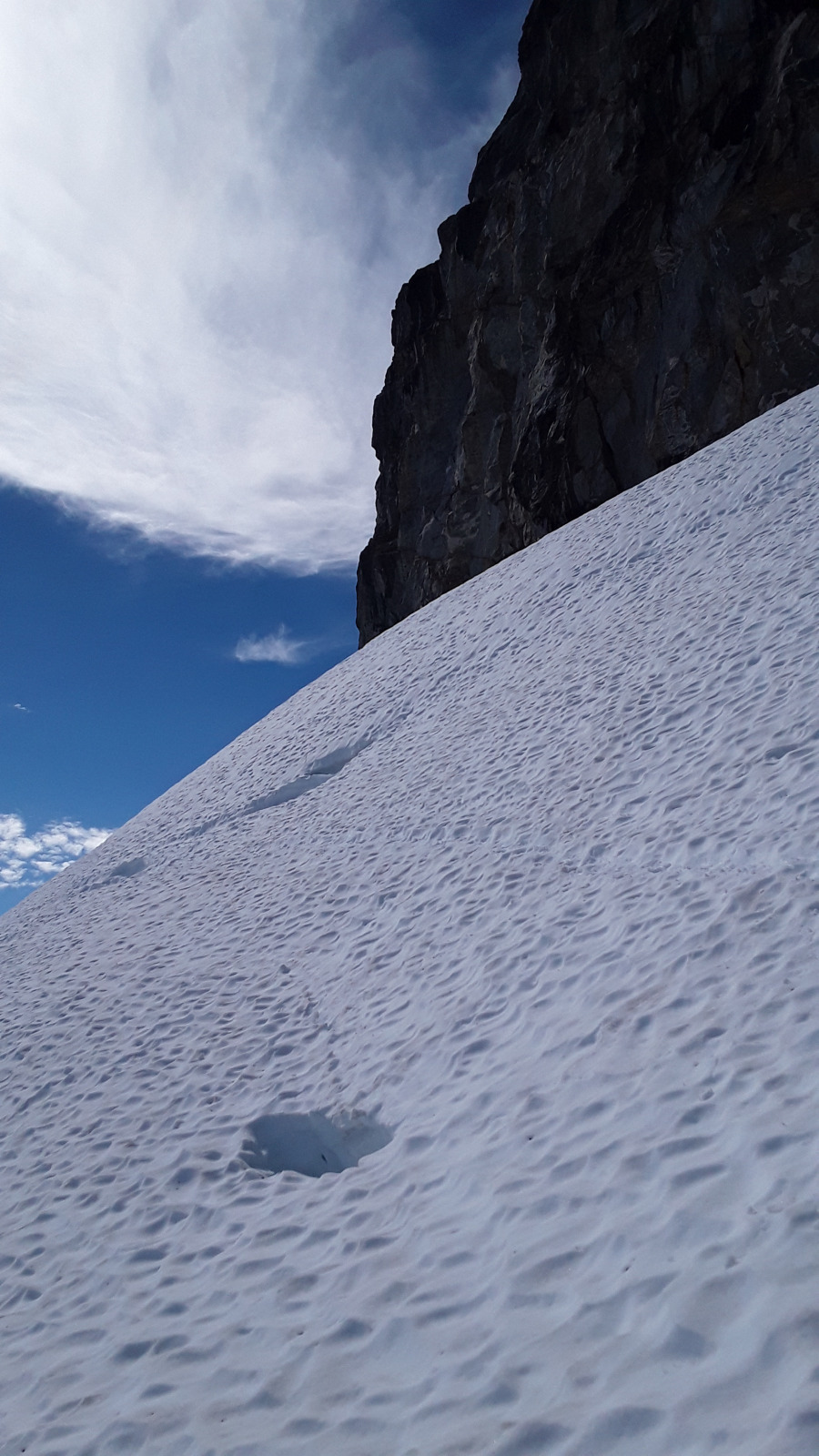 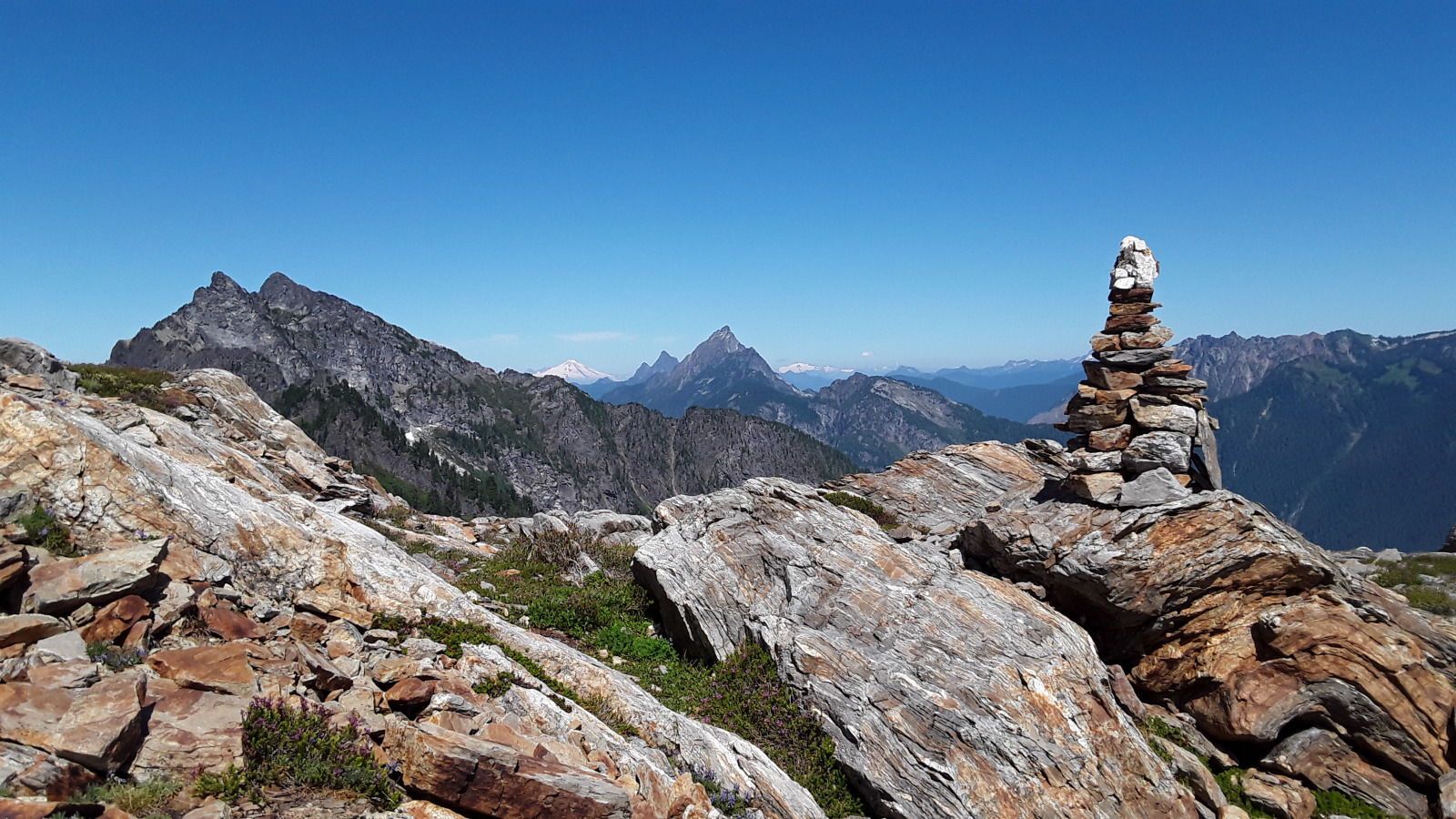