Hurrican Peak was not quite the walk up I imagined! After a leisurely 12:15 PM start, the first few miles passed quickly. The trail is well defined and wanders along the bank of the boisterous Tenas Creek.
Eventually the trail broke out into a meadow and became less defined. Just stay near the creek. The final section of the trail crosses Tenas Crk and climbs a small streambed to Boulder Lake. Apparently the lake is quite popular in fishing circles, although the fishermen I met there were disappointed to find the lake still mostly frozen.
From here one must navigate around the lake to the giant gully. I went around the north side. Next time I would probably try traversing around the south end as it appears to be more direct. Either way this part will be tedious talus crossing. Climbing the gully was mostly steep hiking with loose rock and a thin strip of snow about midway up. It is a bit of a spooky place with evidence of rockfall.
From there it was a matter of a somewhat steep snow crossing and sandy scrambling to the summit. Judging by the summit log this peak is much more popular in late summer when all the snow has melted.
After a short break I reversed the route and zoomed back to the car. I'm not sure I would hurry to repeat this route but it's a decent objective in it's own right.
4:15 car to summit, 7:30 c2c
Take my mileage and gain with a grain of salt as my GPS sucks. 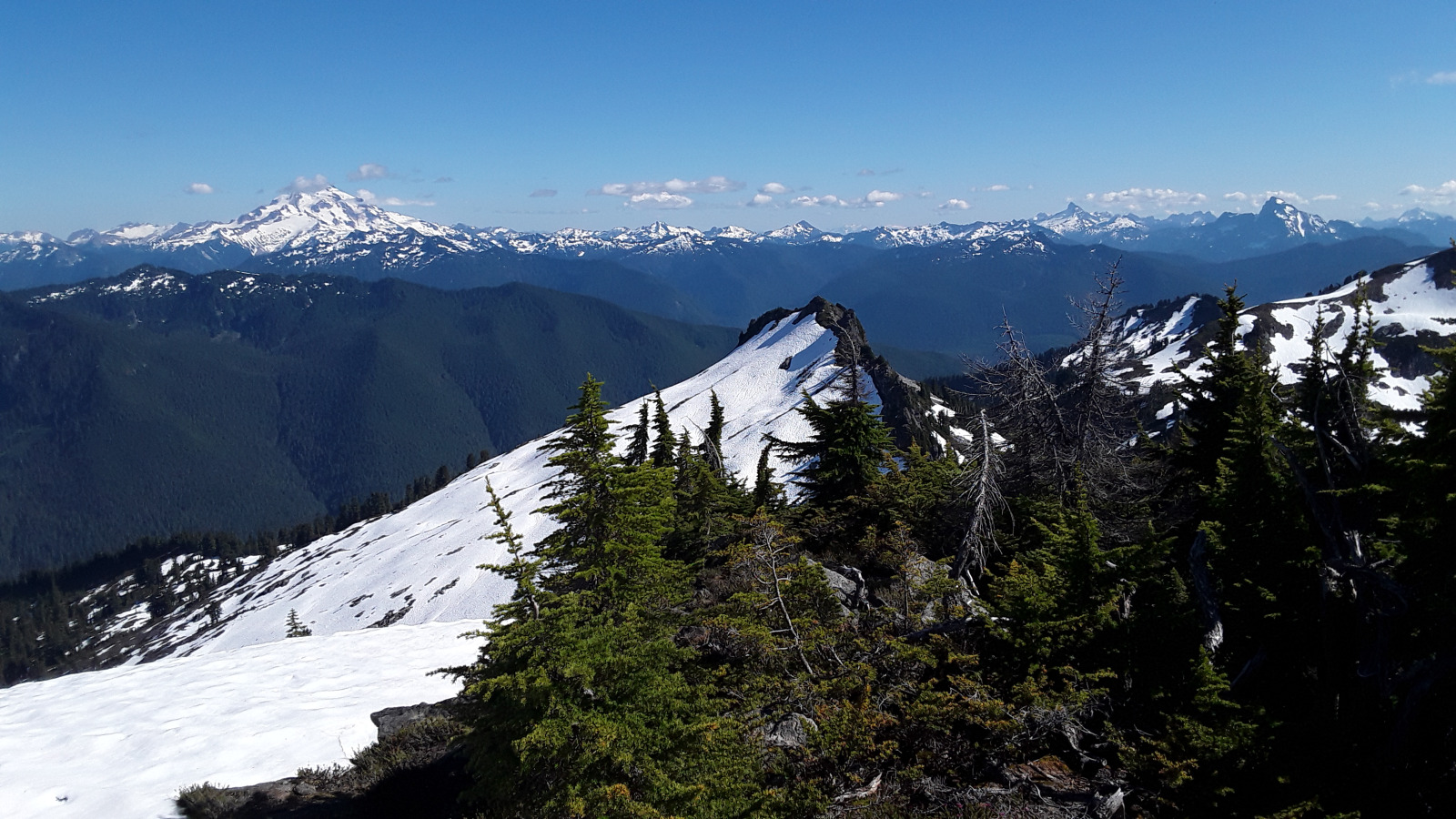 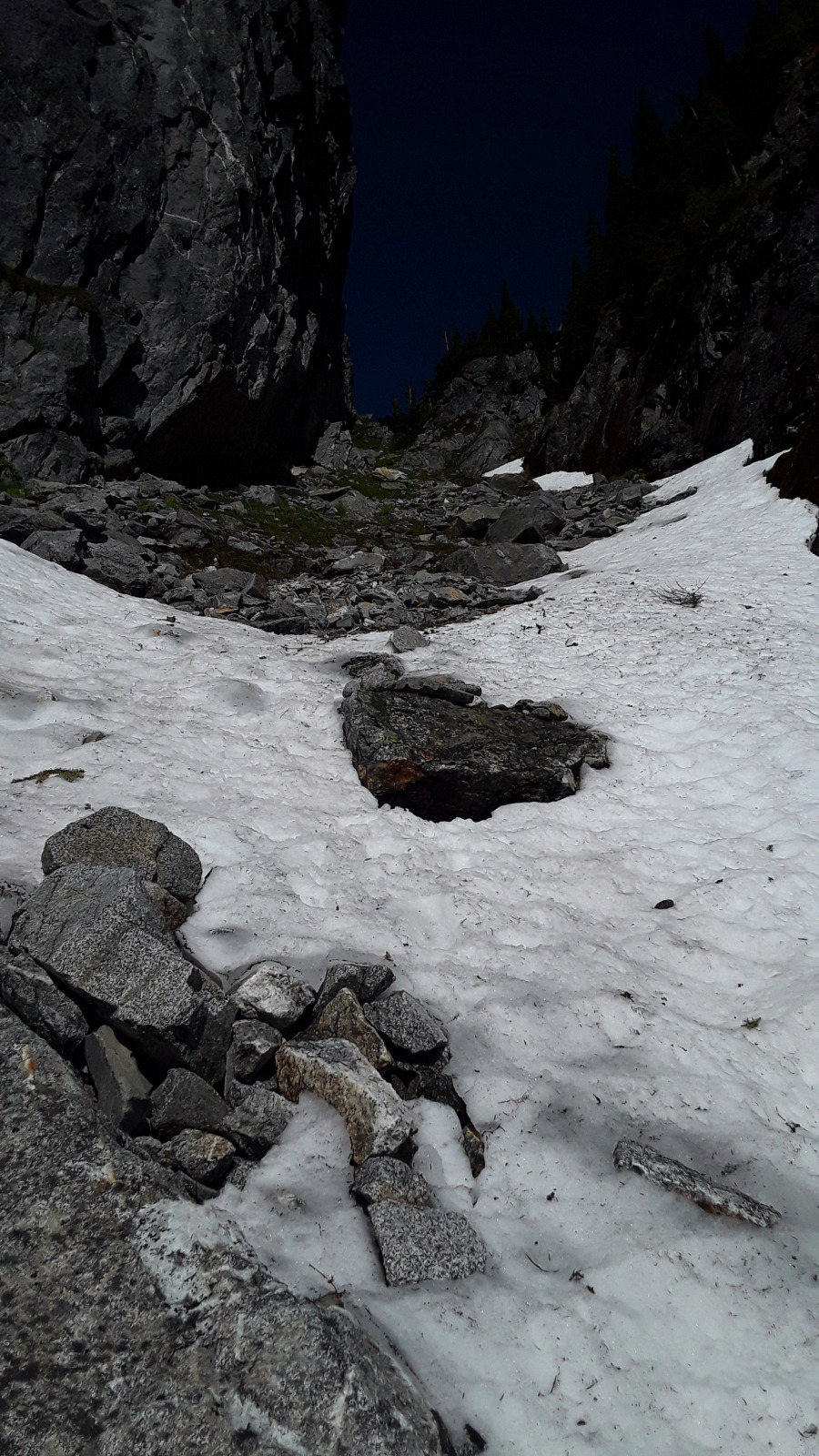 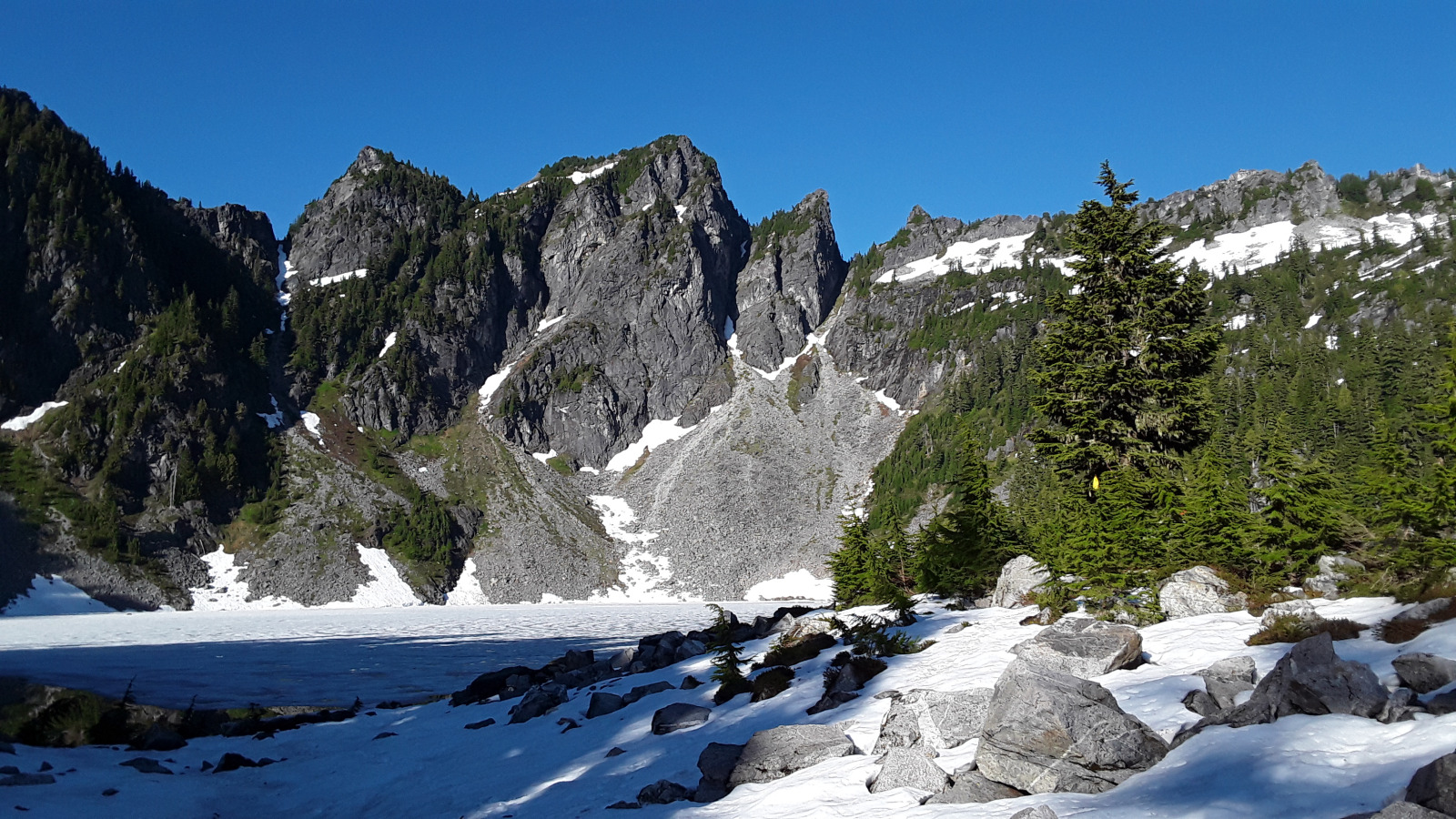 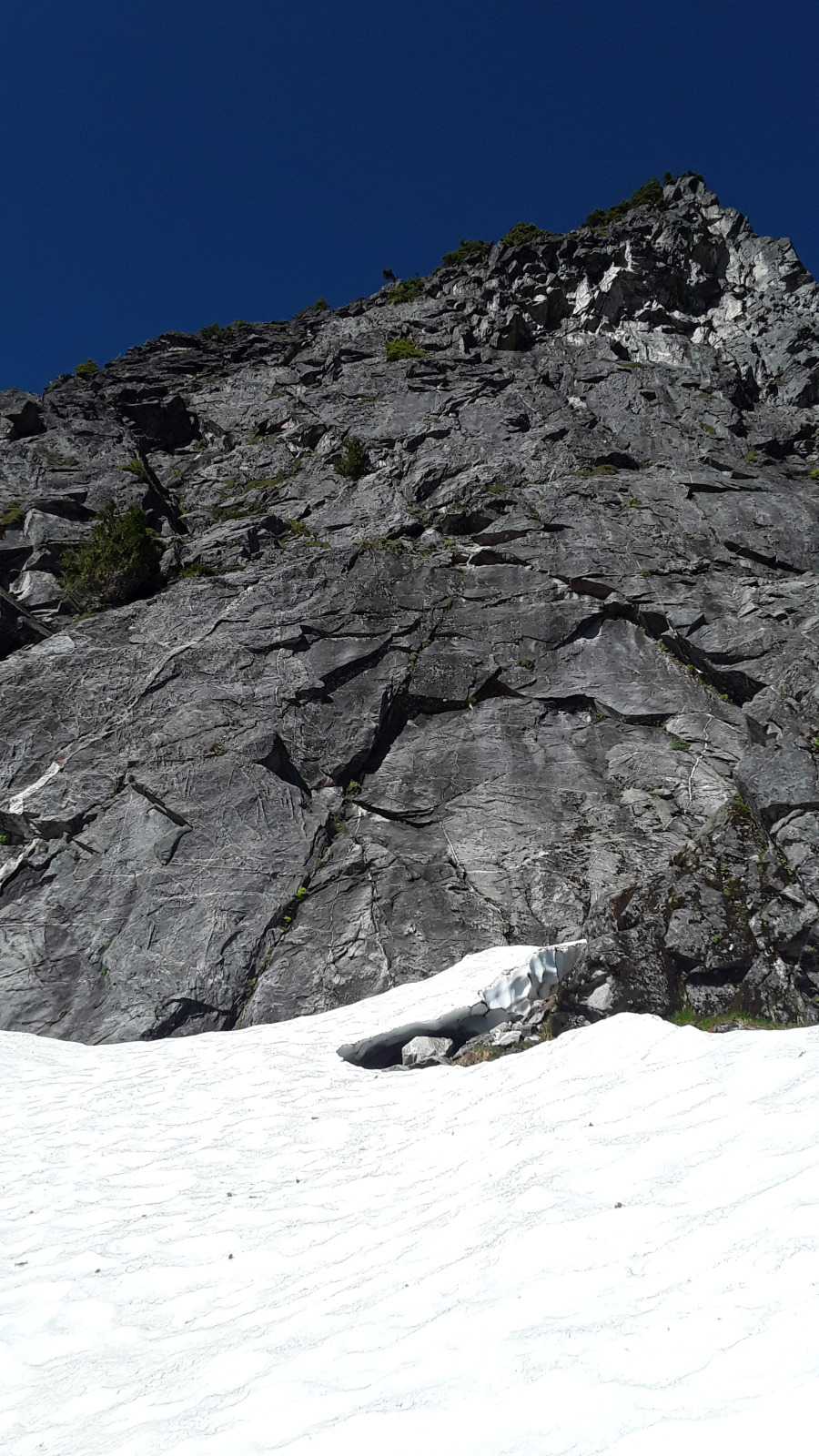