Plans to go do Hurry Up, Le Conte, and Sentinel along the Ptarmigan traverse evolved into Cutthroat Peak, Snowfield and Colonial Peak with some camping in Mazama in between the two areas to avoid weather. We pulled into the trailhead at Rainy Pass at 9am. Walked the PCT towards Cutthroat Pass for a bit and turned east at the creek to head into the west basin. A nice bushwack along the bustling creek eventually leads into an open basin with a view of the peak. From there we stayed on the south side of the basin and found the lead past of resistance that included a waterfall crossing, boulder field, scree, and snow to the summit complex. To gain the west ridge, we had to pick through this kitty litter gully where nothing seemed secure or stationary. Cross the ridge over to the east side and around the corner is where the route up to the summit starts with some gentle sloping rocks. We didn't rope up till we got to the second anchor. After that we simul-climbed to gain the ridge and the summit block. At the summit block, we pitched it out with Alex leading. The first pitch has a chimney and the second pitch has a good fist hold. We were at the summit at 2pm. After an hour enjoying the views we rappelled down the summit block and down-climbed the ridge till we got to a portion above the initial anchors and then rappelled down back to the ridge below. Down-climbed a portion of the gully and then decided to rap a couple pitches down to the snow. Walked out the way we came in.

Notes:
*The gully can be avoided by accessing the mountain further down HWY 20. That will directly lead you to the start of the climb up to the west ridge.
* We missed a few of the anchors on the climb up. They were hard to spot but thanks to Alex's ditch-eye, we were able to spot them on the way down and were a great help in rappelling down.
* Go into the chimney with your left shoulder in 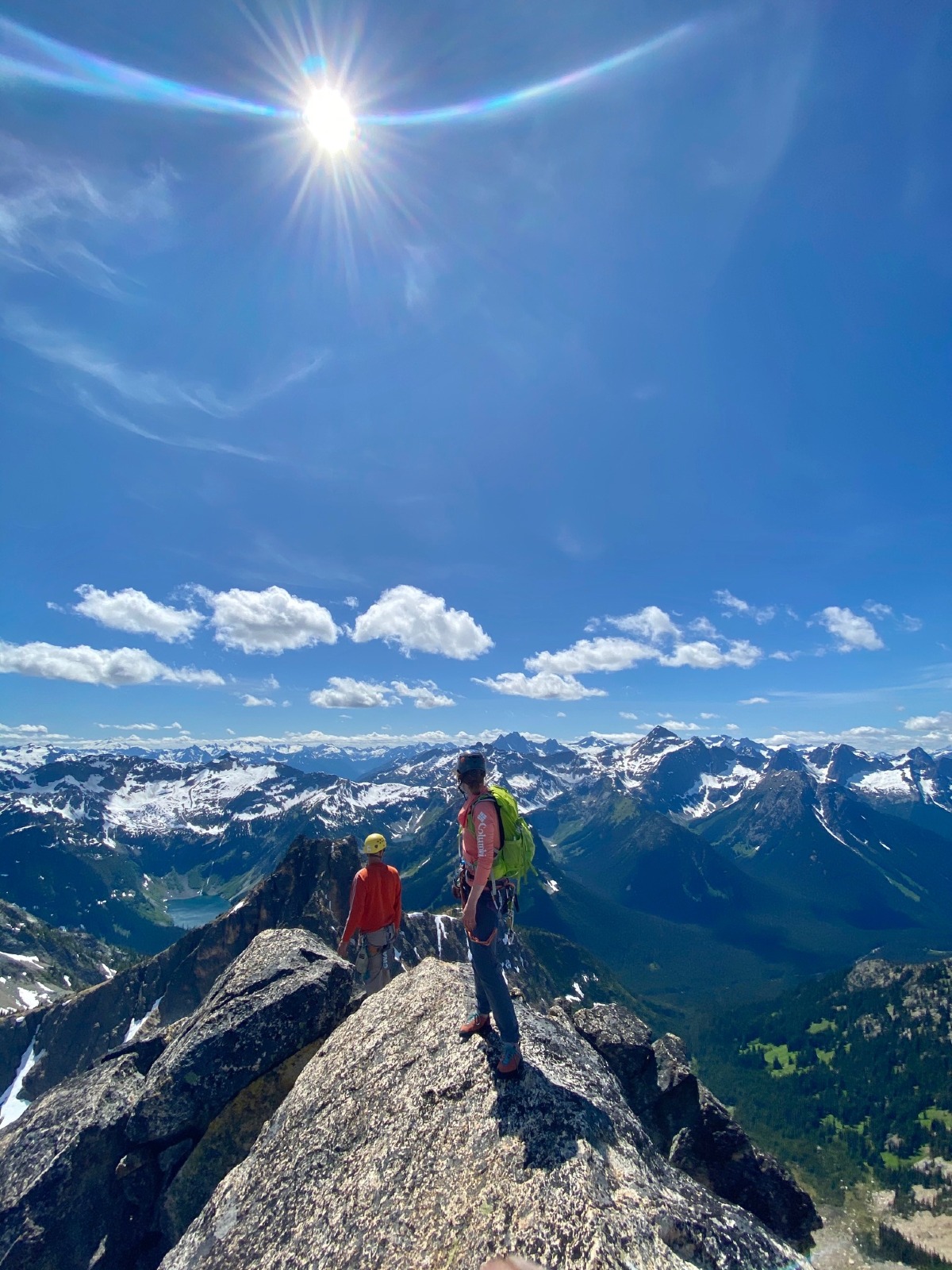 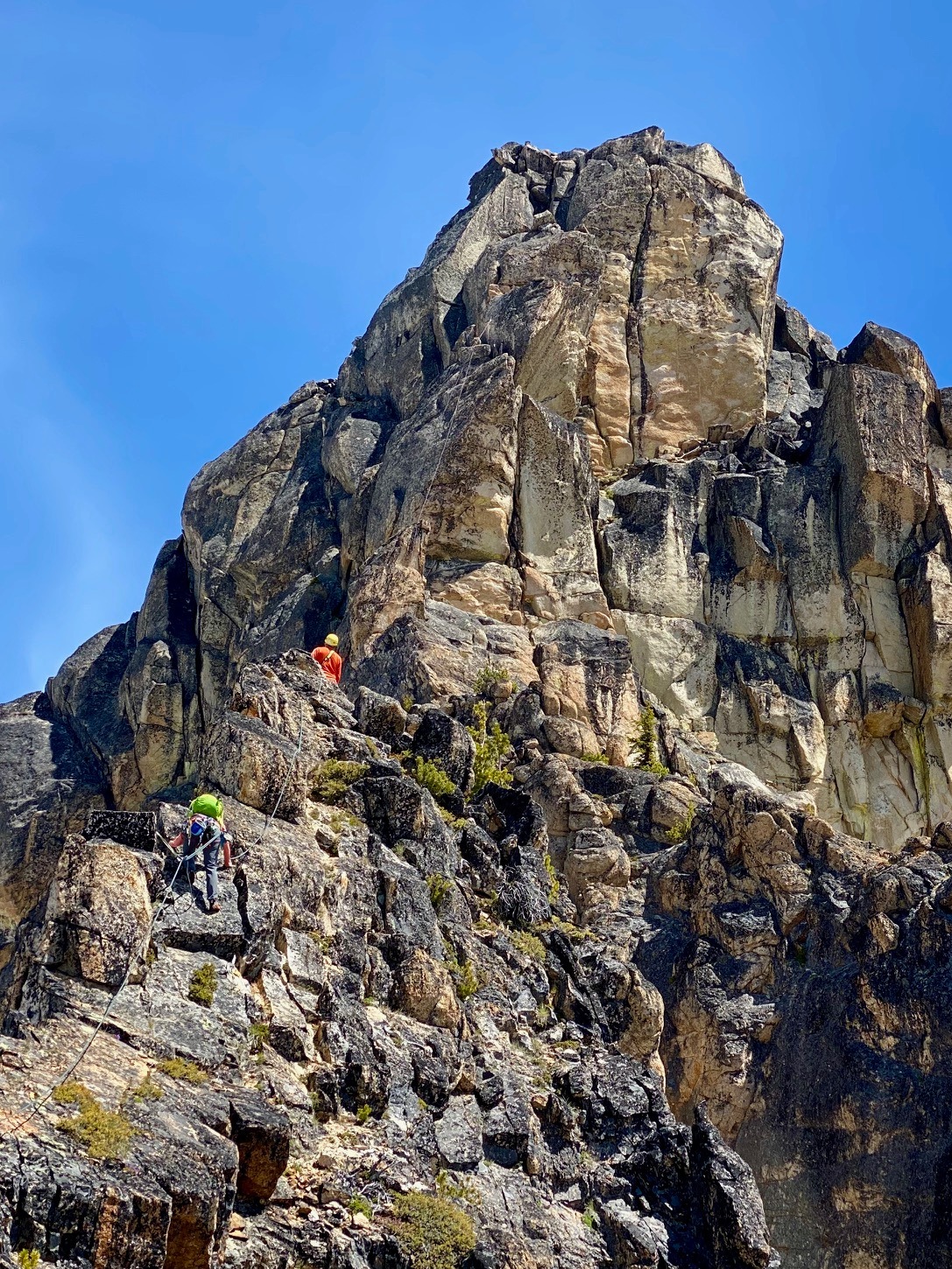 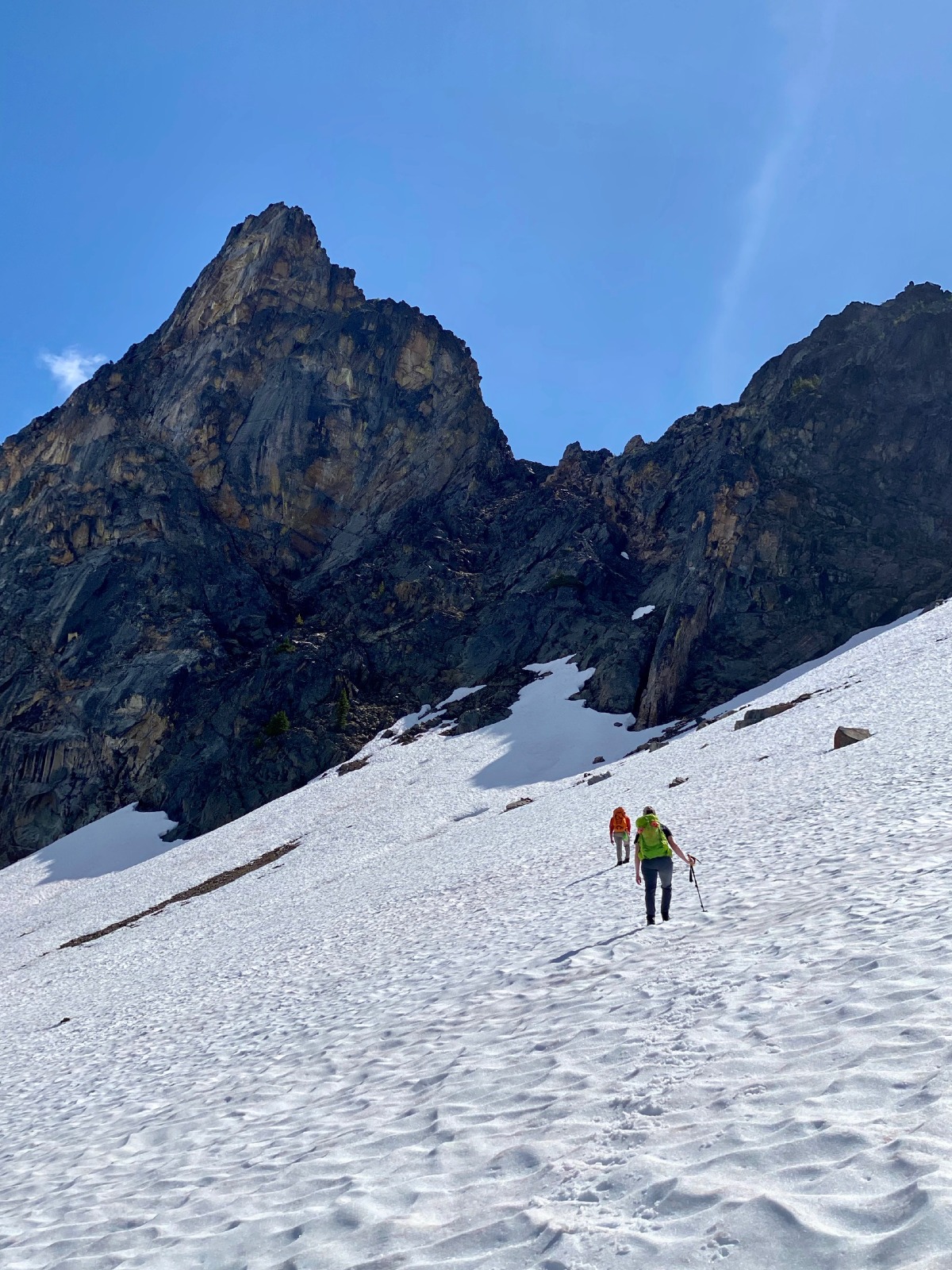 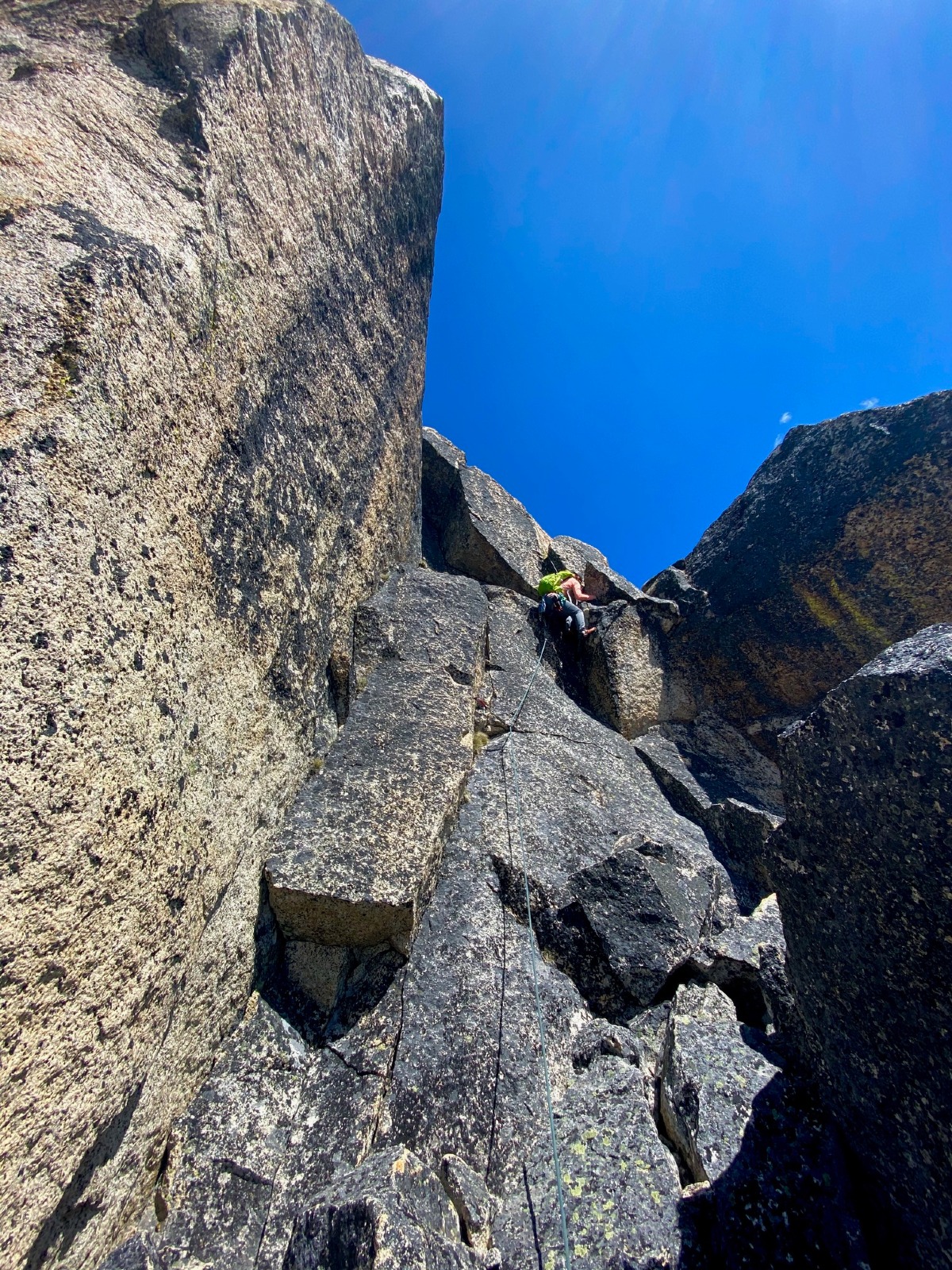 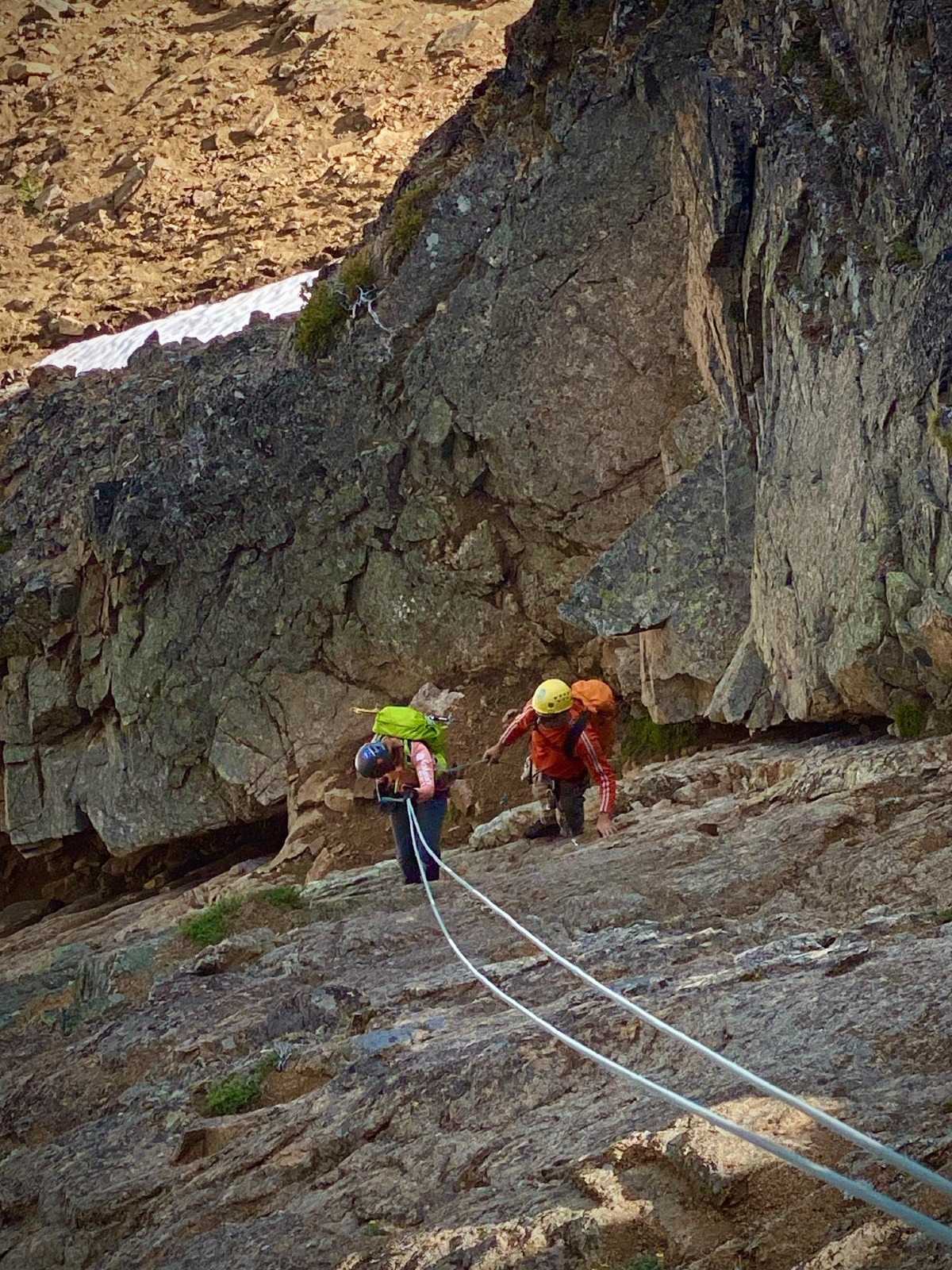 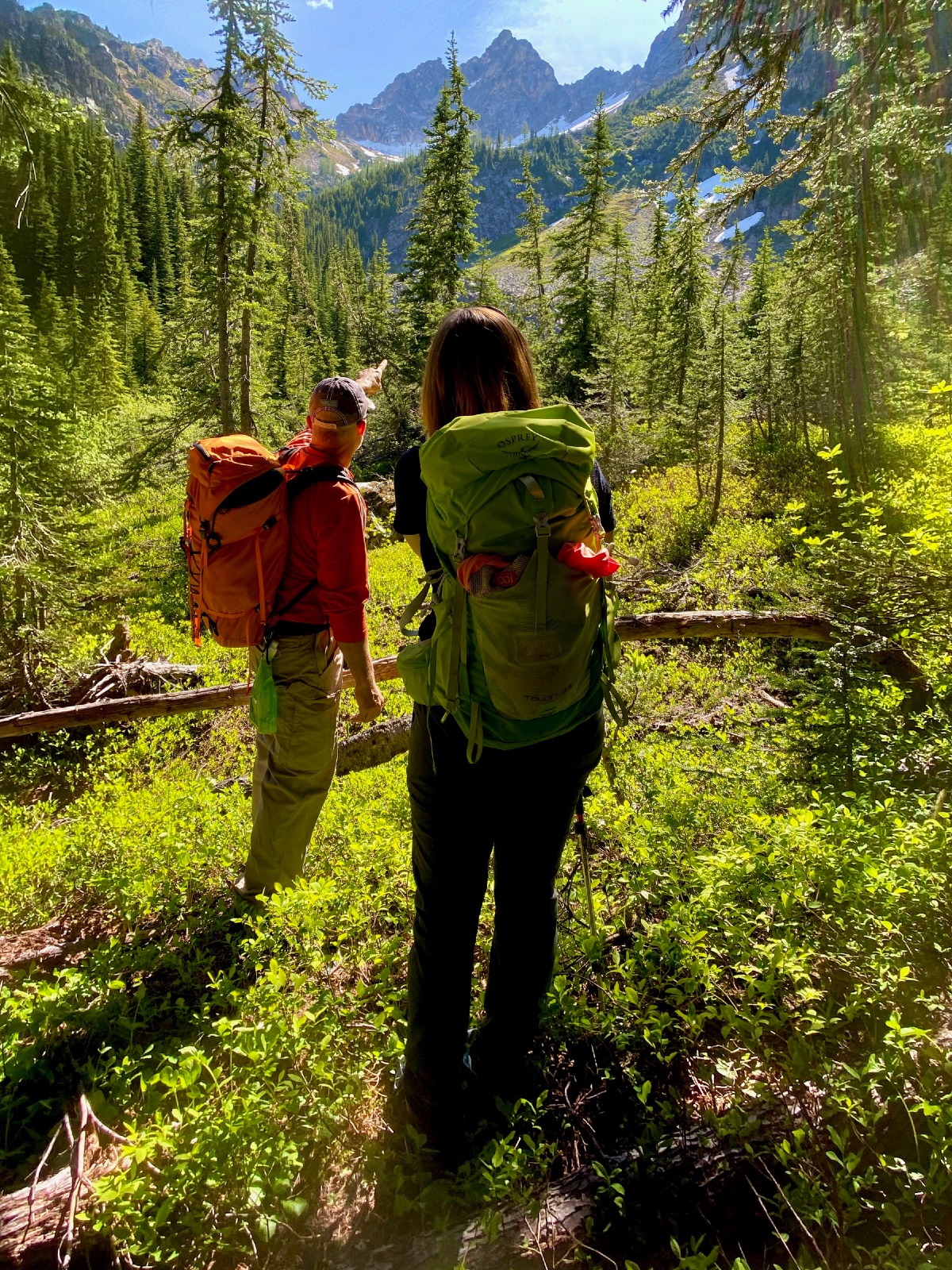