Great day to get up high into the Alpine! None in the party had been up Black Peak before and it had been on the list for sometime, so we decided to give it a go. Left Burlington at 4:45am.

We were unsure of what snow level might be -- but we were feeling optimistic and decided to pack in the skis and boots to see if we could get some "spring" turns. We left the trailhead at 8:15am and hiked the summer trail up to Heather Pass where we found snow. We transitioned to skis and brought the hiking boots along for the summit climb. We dropped down into the Lewis Lake basin, keeping skins on. The larches were all leafing out. There were mixed clouds and a nice breeze to keep it cool when the mid-summer sun came out to bake the basin. Steady, not-too-steep, climb up the ramp to the Wing Lake basin, following fingers of snow and hoping they didn't dead-end in a rock band. Continuous snow all the way above Wing Lake to the south ridge.

The south ridge was mostly free of snow, except for a few isolated pockets, so we dropped the ski gear and hiked up the gully, Class 2 scrambling mixed in with cruiser rock-hopping as light snow flurries began. At the top of the gully, we followed cairns east in an ascending "spiral staircase" to get just below the final climb up to the summit block. The climbing was less challenging than anticipated based on trip reports we had read. A few final airy moves and we were on top. The weather from the west was closing in, so we didn't stay long.

Descended back down the ridge to the skis. Transitioned again and had about 2500ft of mixed fall line/traversing turns in corn conditions all the way back to Lewis Lake. The final "cool down" climb back to Heather Pass wound up being a bit of hellacious side hilling in sliding corn. One more transition and a nice hike out. Back to the car at 7:00pm -- back in Burlington by about 10pm. 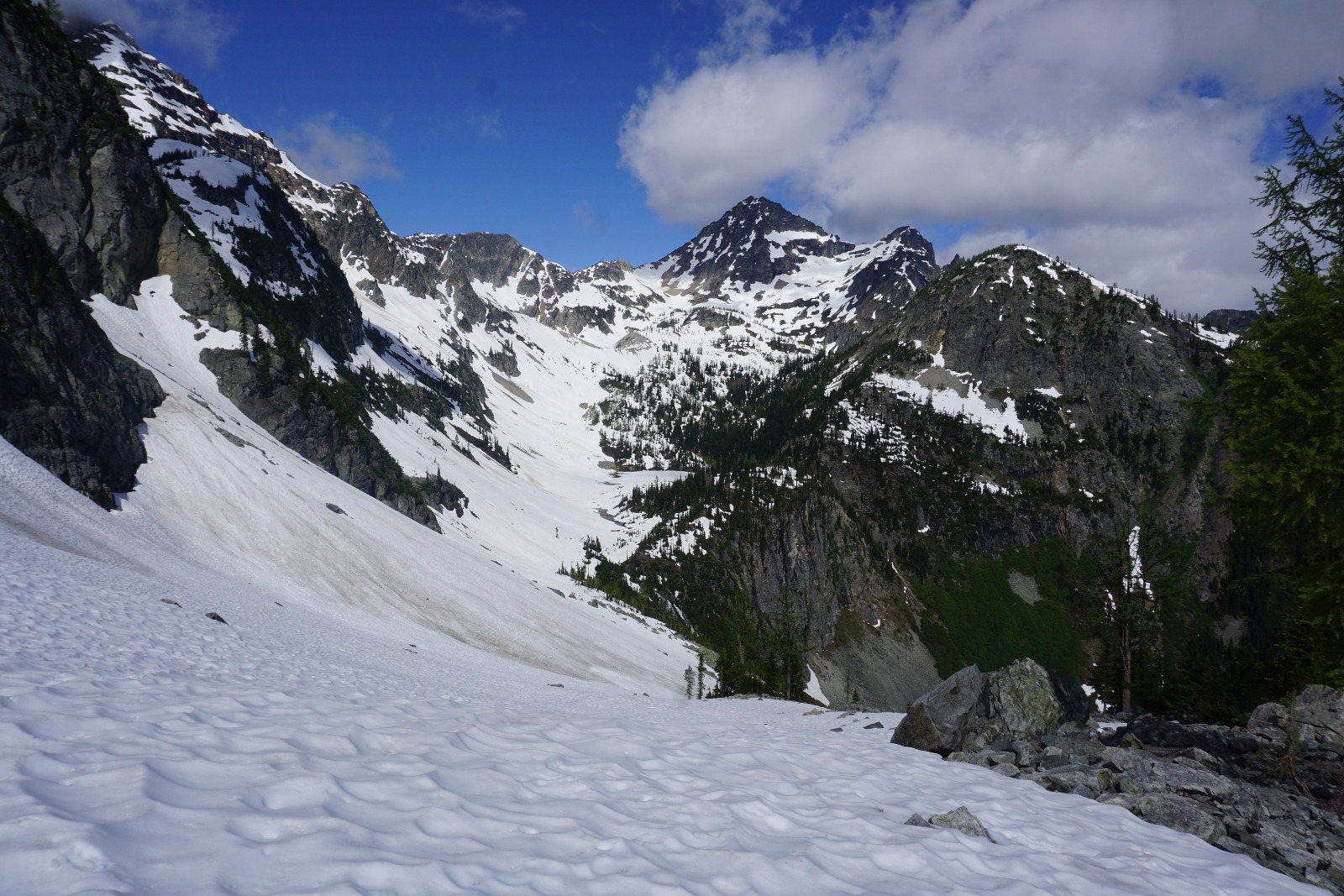 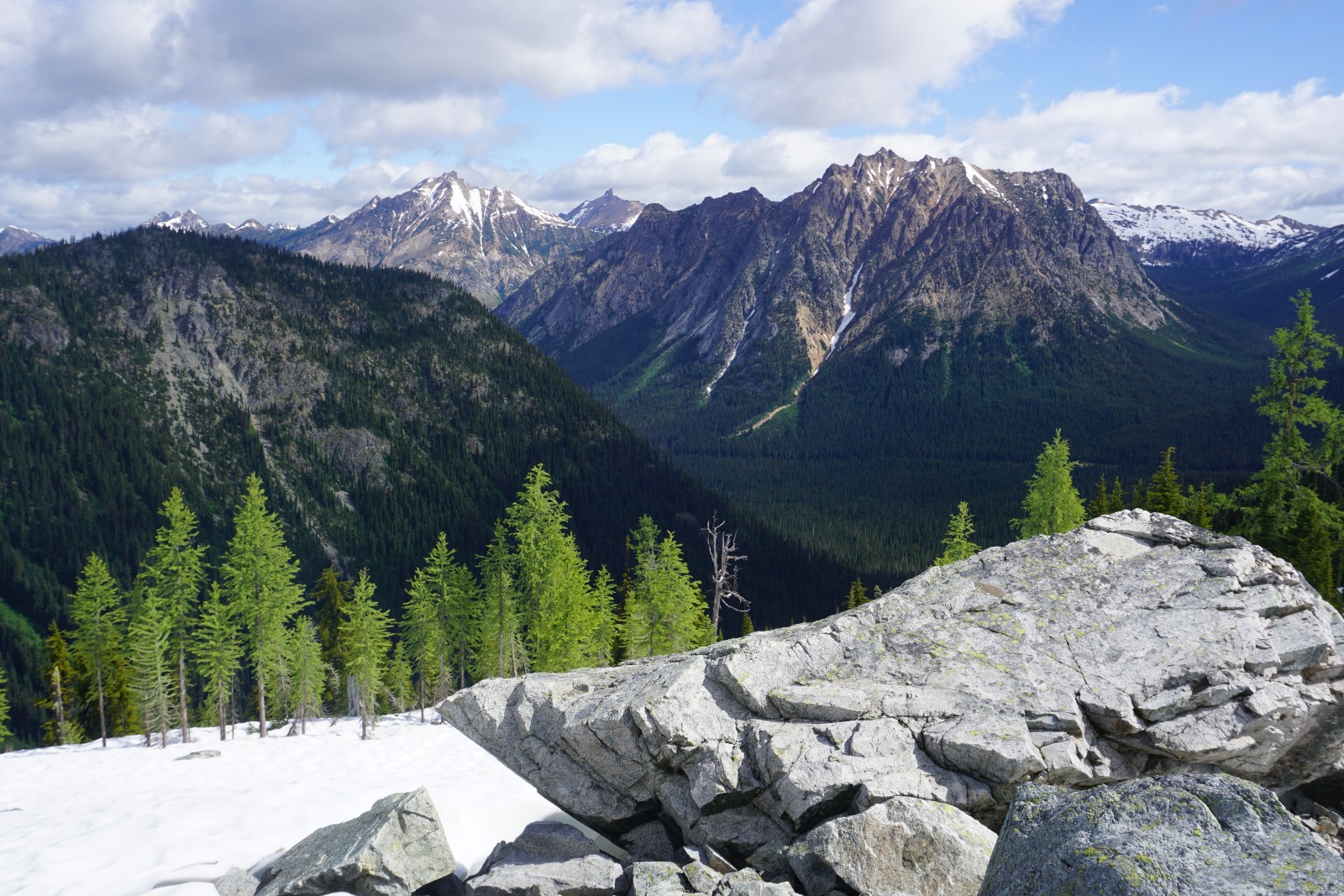 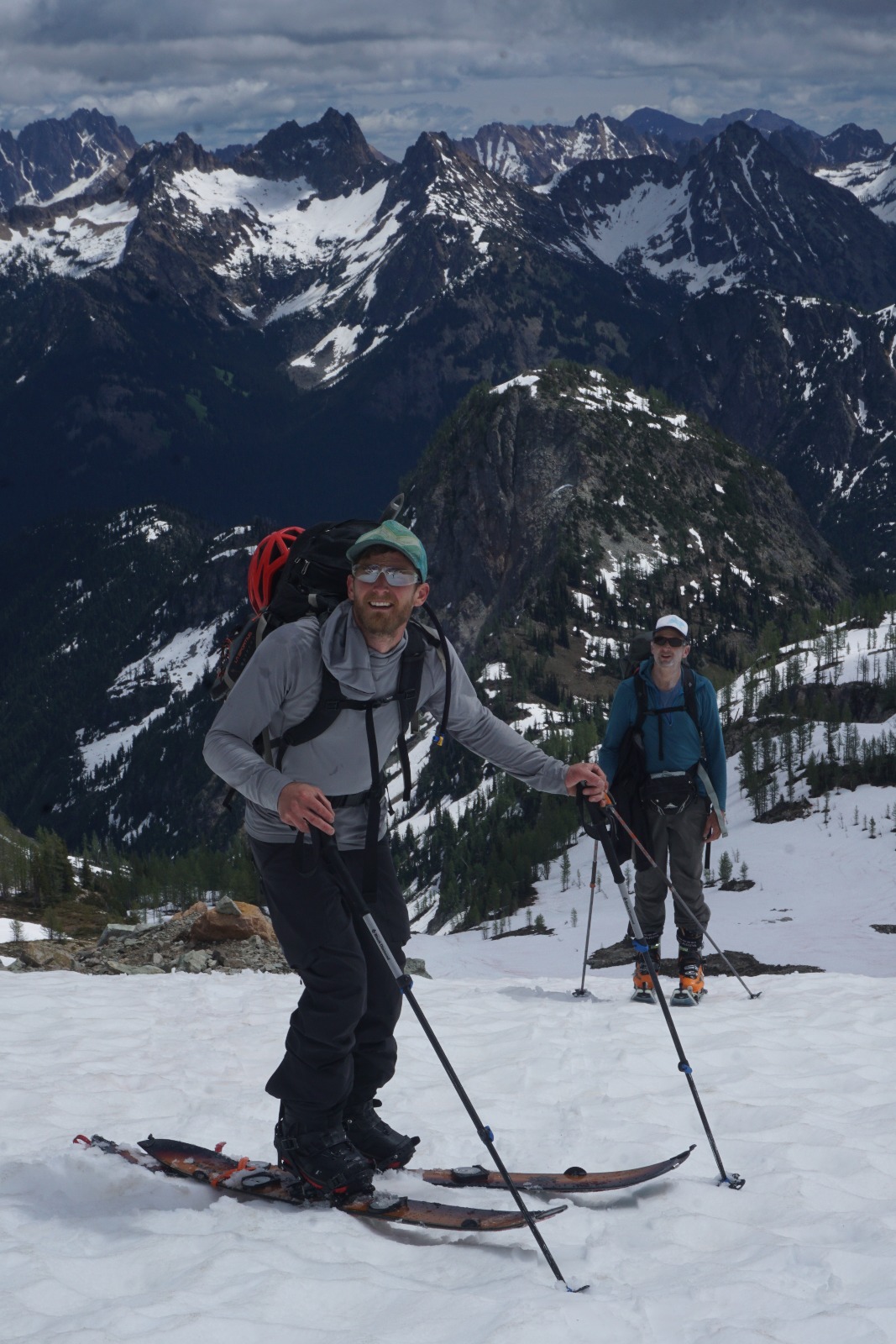 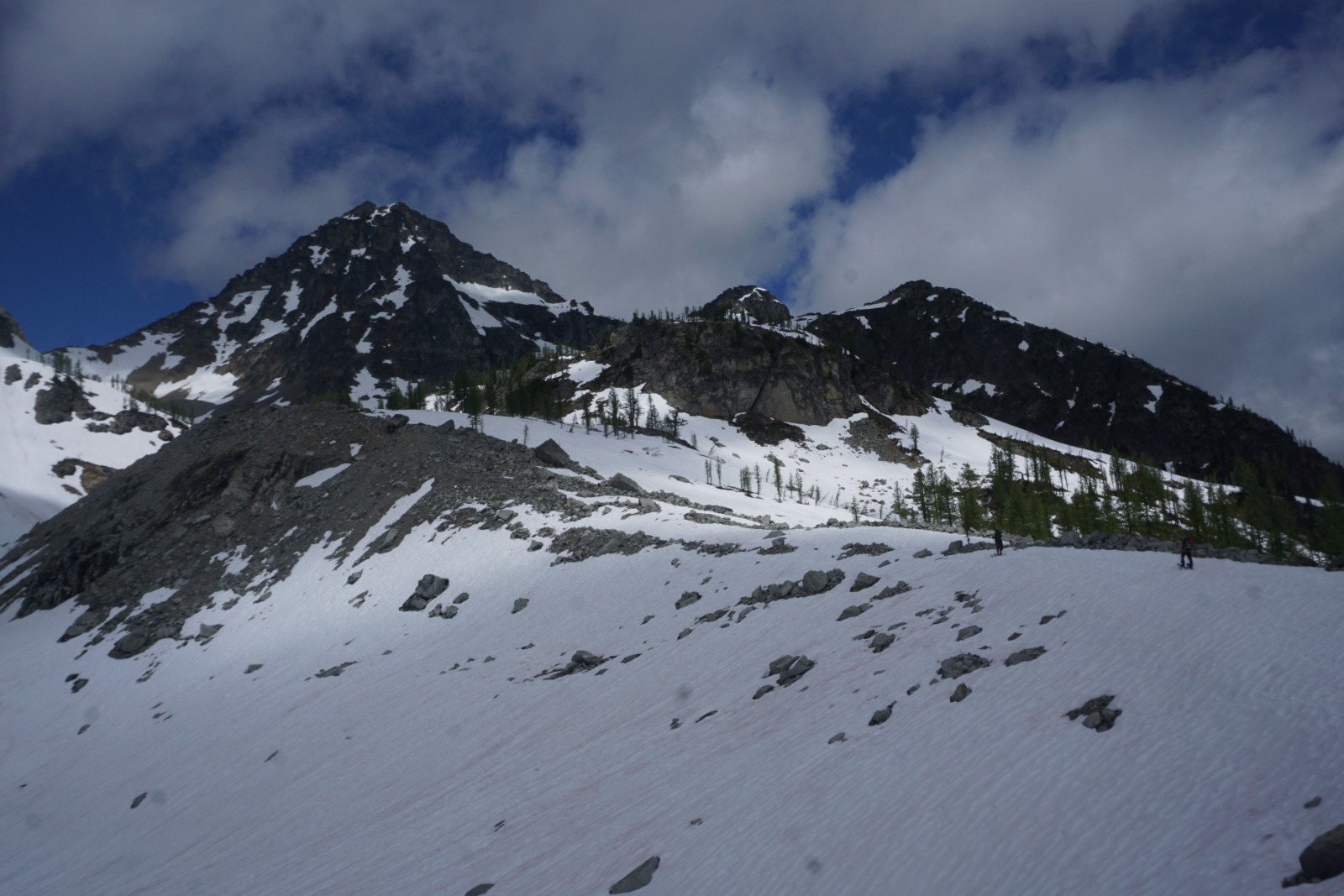 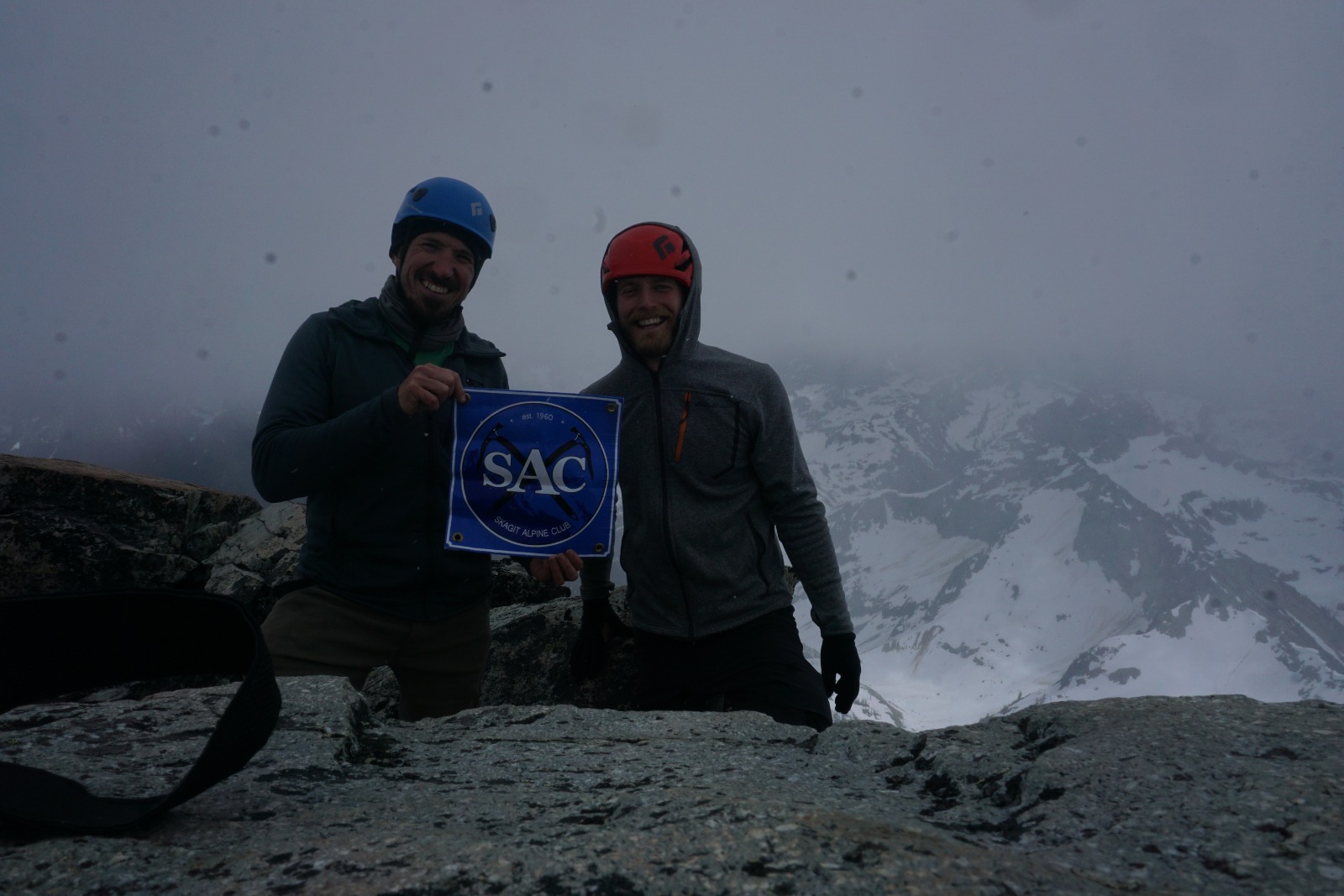 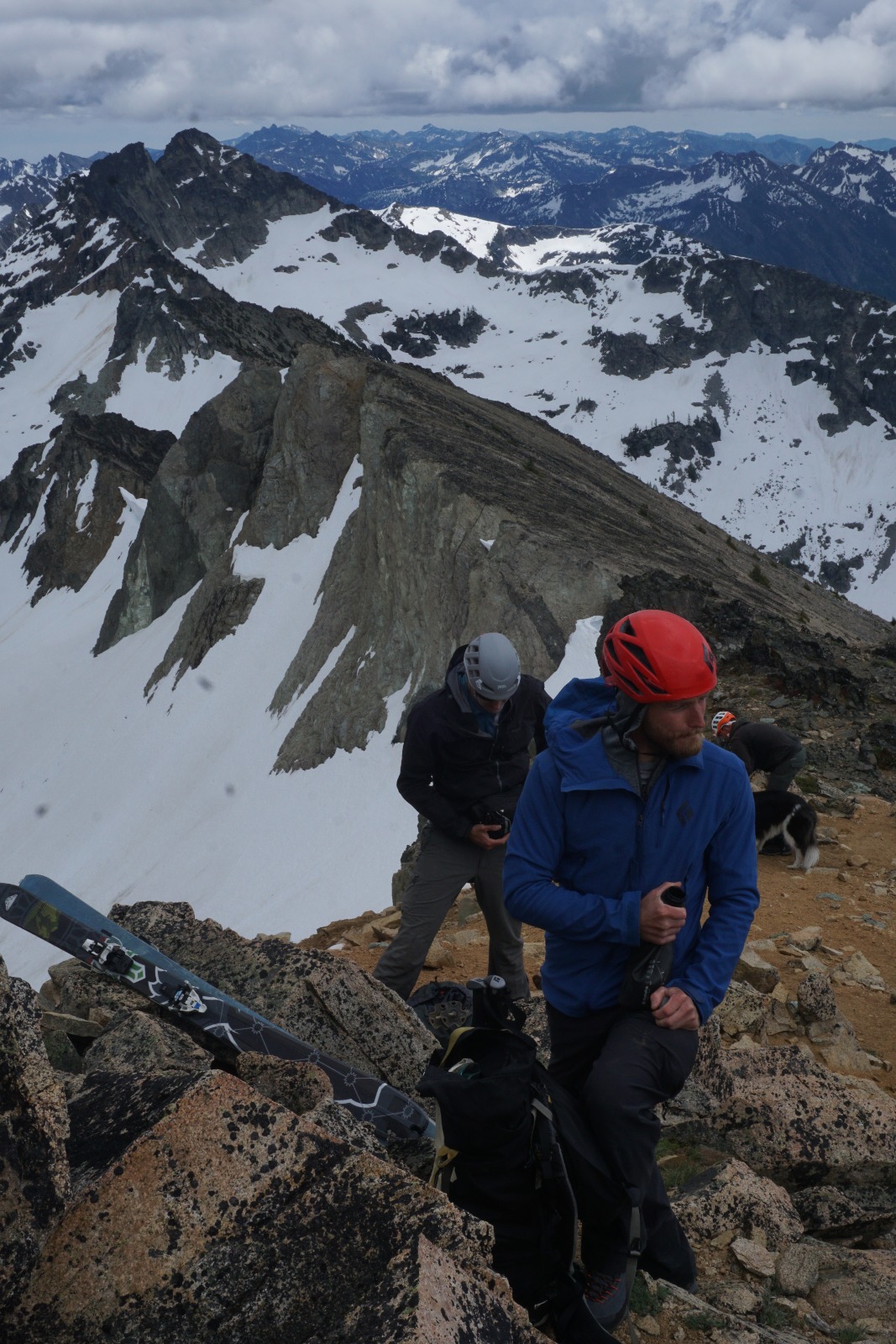 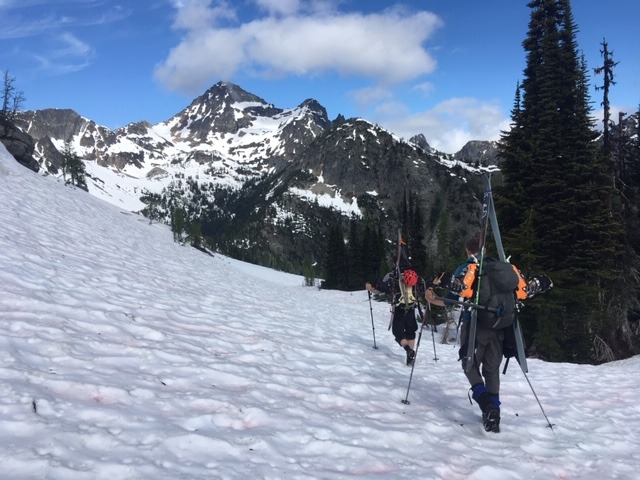 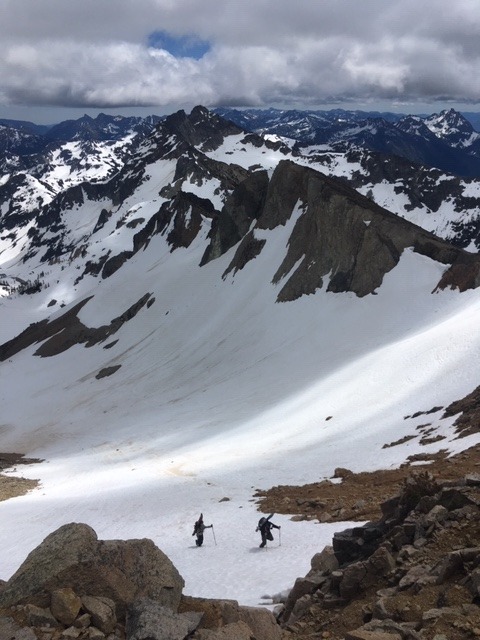