Weather: Started clear, cloudy at the summit, rainy on the descent

My first real mountaineering summit! Definitely a learning experience... a bit of a crash-course replacement for this year's cancelled BMC :)

This was actually my third attempt to summit Jumbo... on the first attempt (05/16), I left Squire Creek Trail waayyy too soon & spent an entire day bushwhacking the dense and slide-prone hillsides of the ridge that radiates North from the summit. Luckily, however, I did stumble across the proper climber's path during my descent back to the car. With that in-hand, the second attempt (05/23) went a lot smoother, and I was able to make it to 4500 ft before having to turn back due to ice & a lack of crampons.

An easy hike up Squire Creek Trail for ~0.9 miles, and I relocated the start of the old climber's path near 48.2086, -121.6287. There's really no sign of the path from Squire Creek Trail, but it does eventually become more well defined after bushwhacking up the creek bed a few hundred yards. After locating the path, it was a simple matter of busting the shit out of my knee on a boulder before starting the steep switchback hike up the ridge to ~3600 ft :)

From there, I crossed the first boulder-strewn gully and did a bit of side-hilling over to the next gully while staying at ~3600 ft. I decided to boulder hop up a few hundred vertical feet in the second gully before re-entering the trees. The slide alder was pretty ridiculous at this point... lots of slips, snags, and cursing ensued.

Eventually, I made it out of the trees and to the base of the cliff band at ~4300 ft. From there, the summit was visible and as a result the route-finding was much more straightforward.

I ran into very hard snow at ~4500 ft... definitely crampon-worthy in retrospect, but I elected to cut steps as I could see there would still be a bit of rock a few hundred yards ahead. The snow had partially melted out of the chute at 4500 ft, so I got to test out my lack of rock-climbing skills while being pummelled by ice-cold snow melt. Refreshing! I also found a few dyneema slings in the chute from some previous climbers.

After the chute, the snow softened up significantly and I was able to make quick progress kicking steps easily up to the summit bowl and on to the middle peak. I reached to summit and signed the Mountaineers log around 16:00 just as the clouds were rolling in. Based on the logbook, it looks like this peak has only averaged a handful of visitors over the past few years.

Making my way back down, I decided to try my hand at glissading down to the summit bowl. I'm sure you can see where this is going... it got out of hand pretty quickly :) A bit of real-world practice on my self-arrest technique, and I eventually stopped myself well below the summit bowl. The descent definitely goes quicker when you lose about 800 ft of elevation in a few seconds!

After I un-packed all of the snow out of my clothes and gathered up all of my gear, the rest of the descent was pretty straightforward. The rain rolled in, and made for a bit of a slog working my way back but I eventually made it back to the car at about 23:00.

Overall, a fun but super long day. I think I learned quite a bit, and I'm ready to go for the next one! 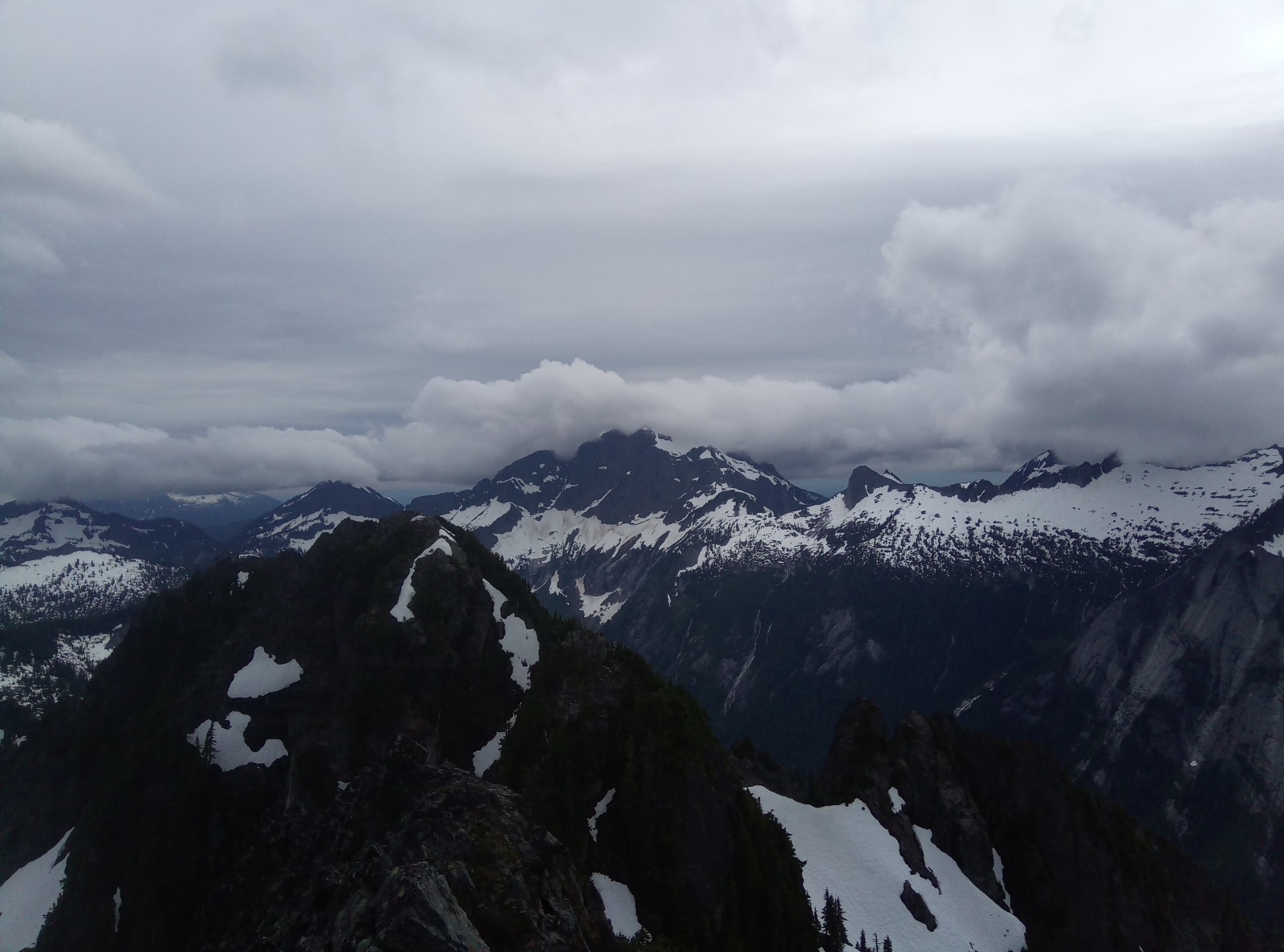 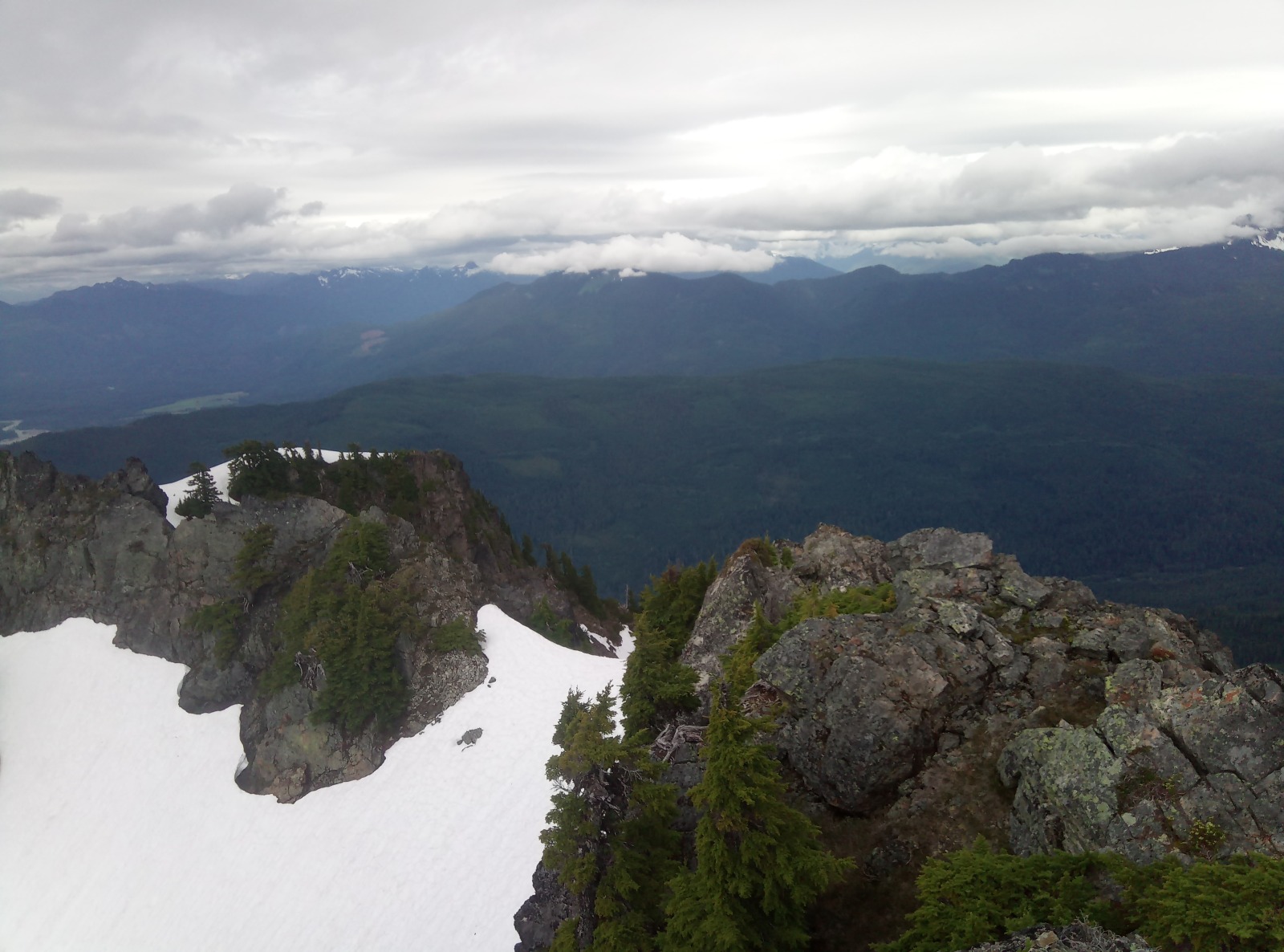 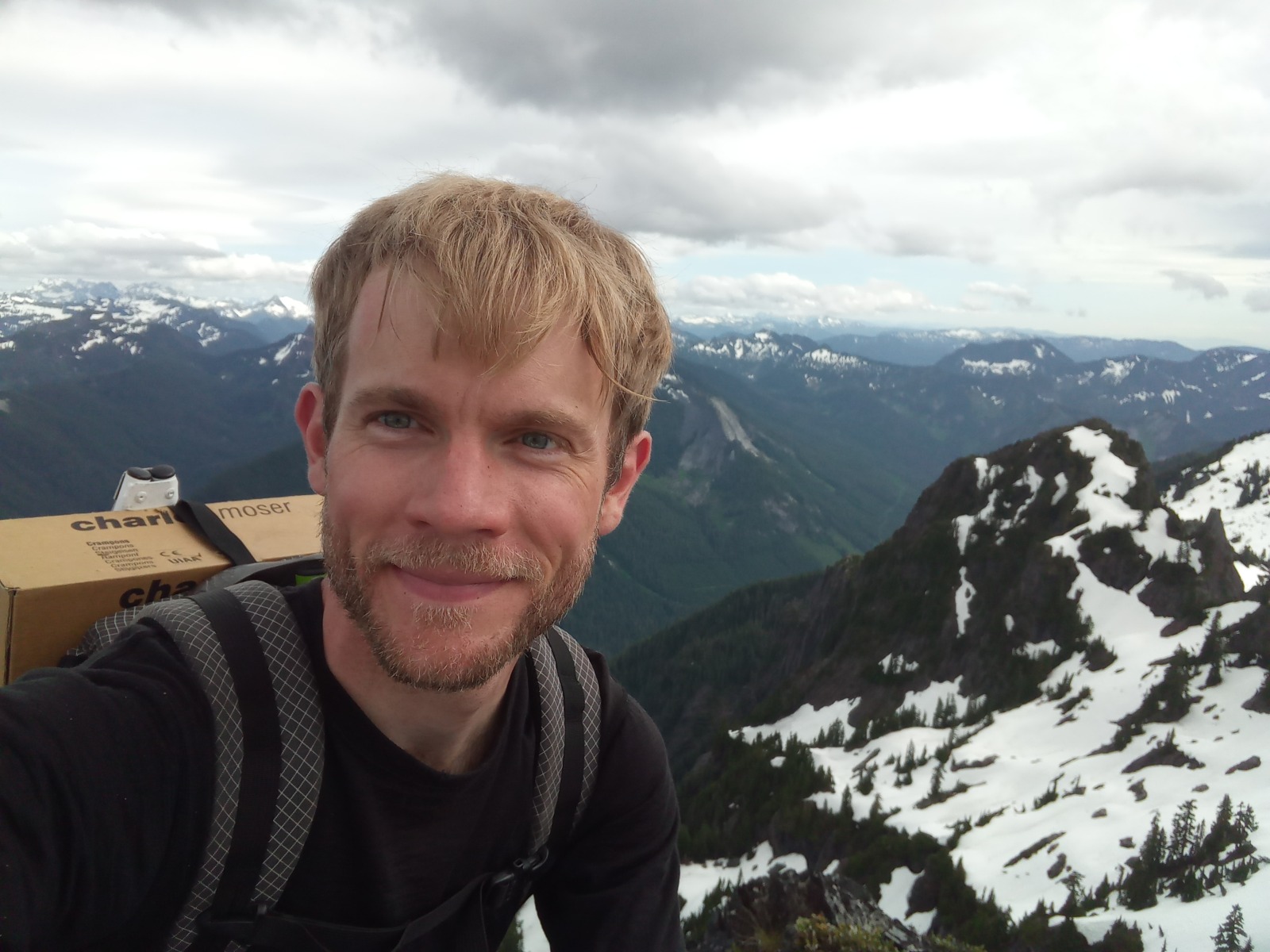 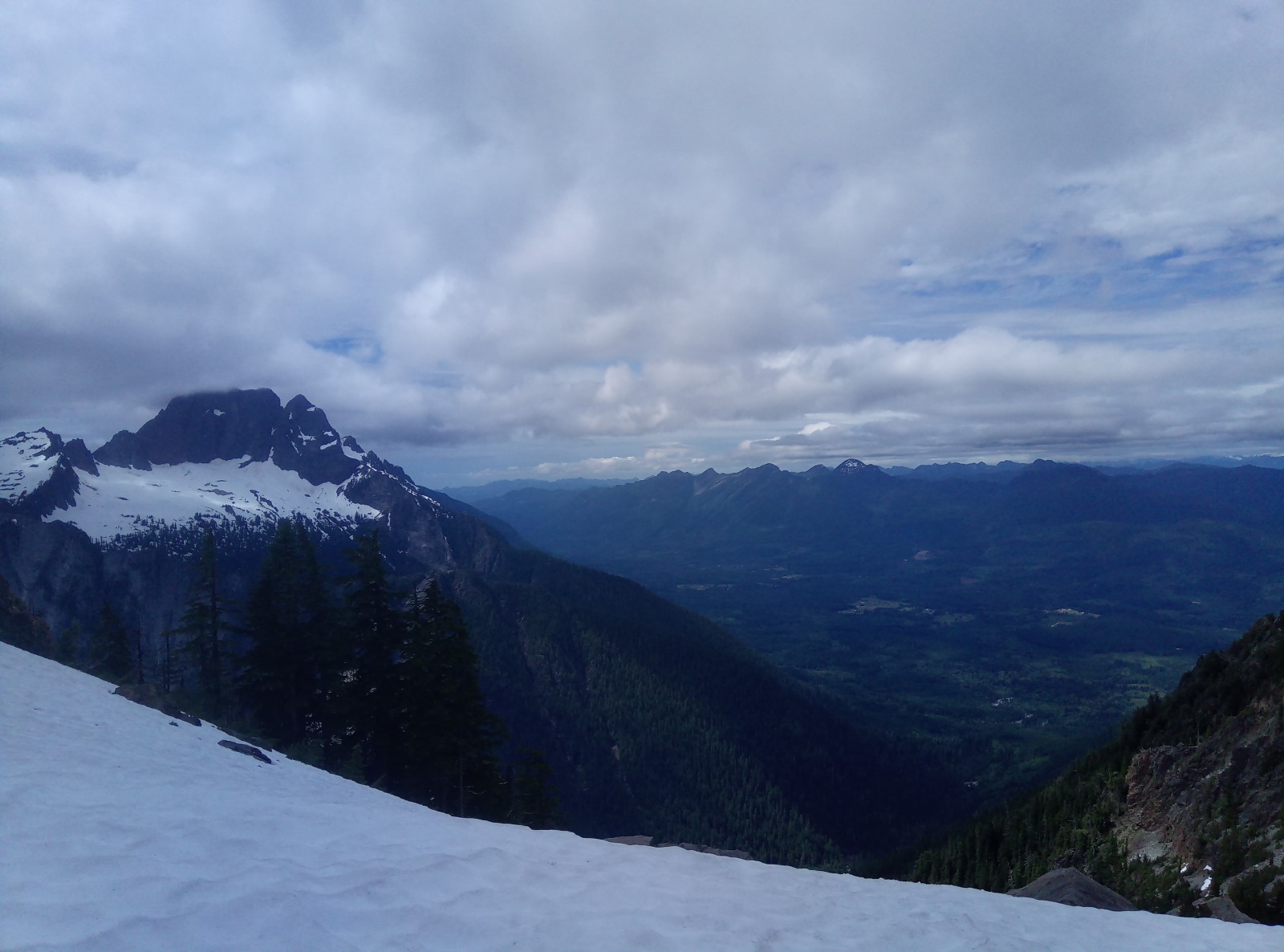 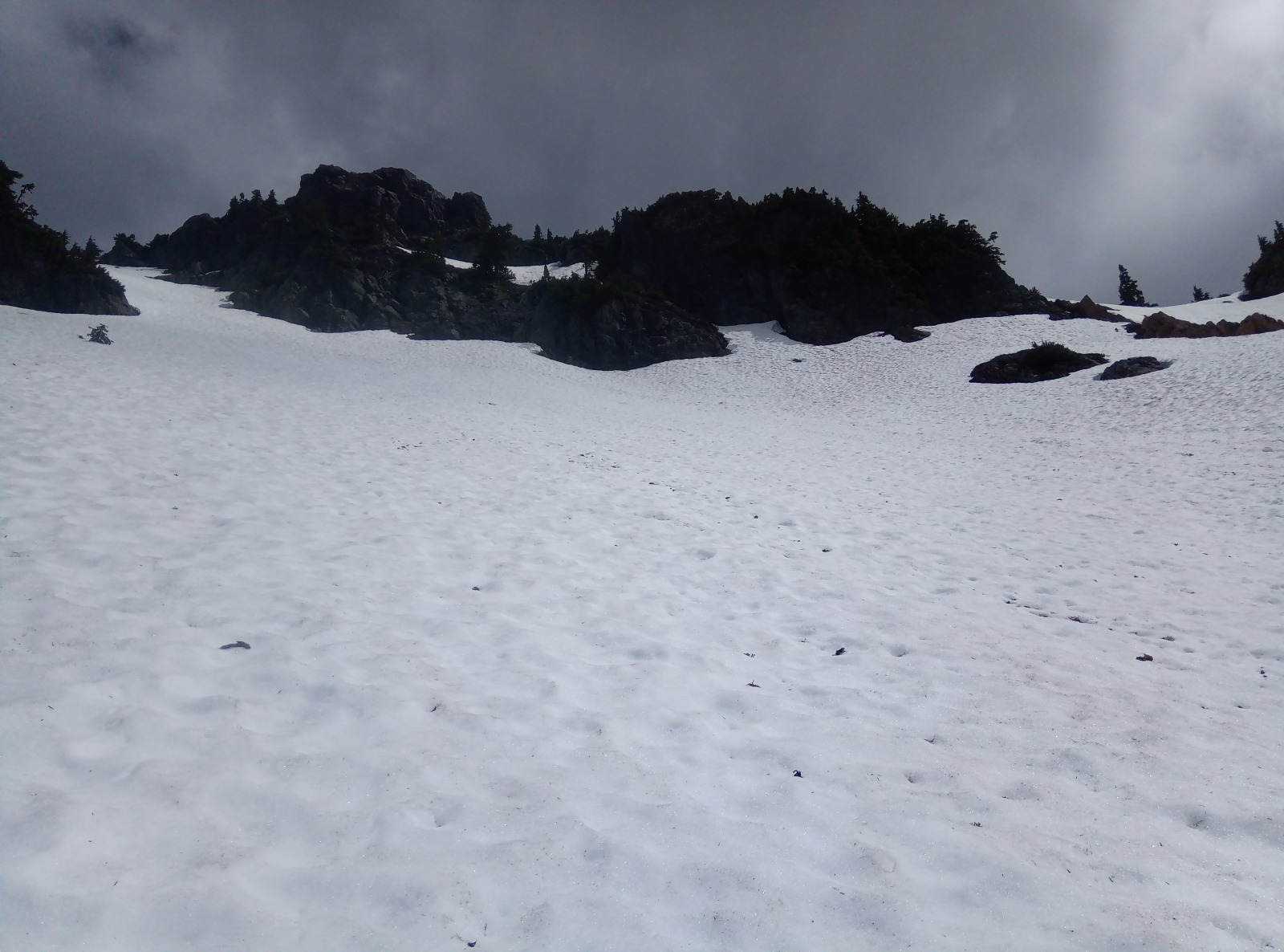 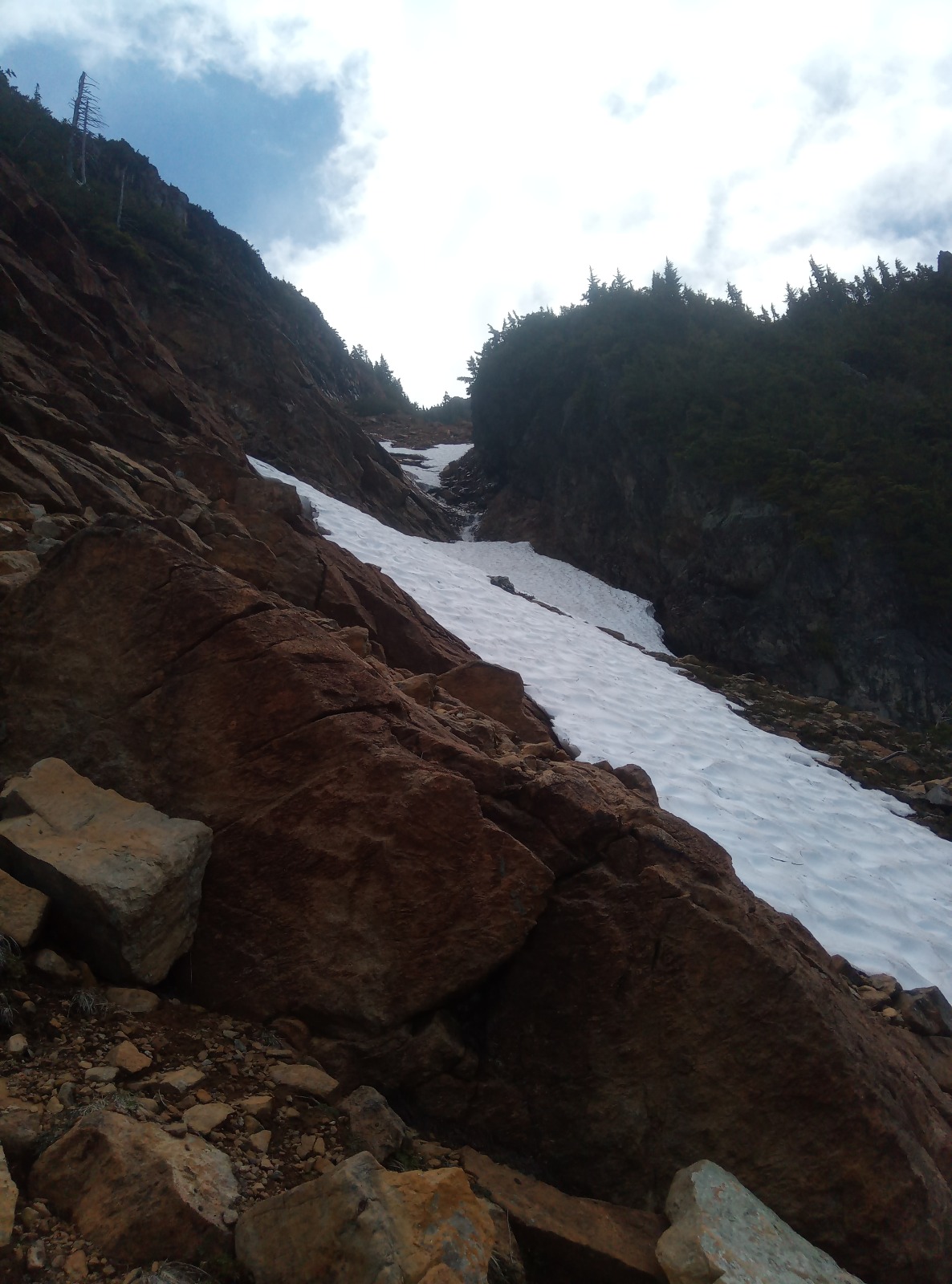 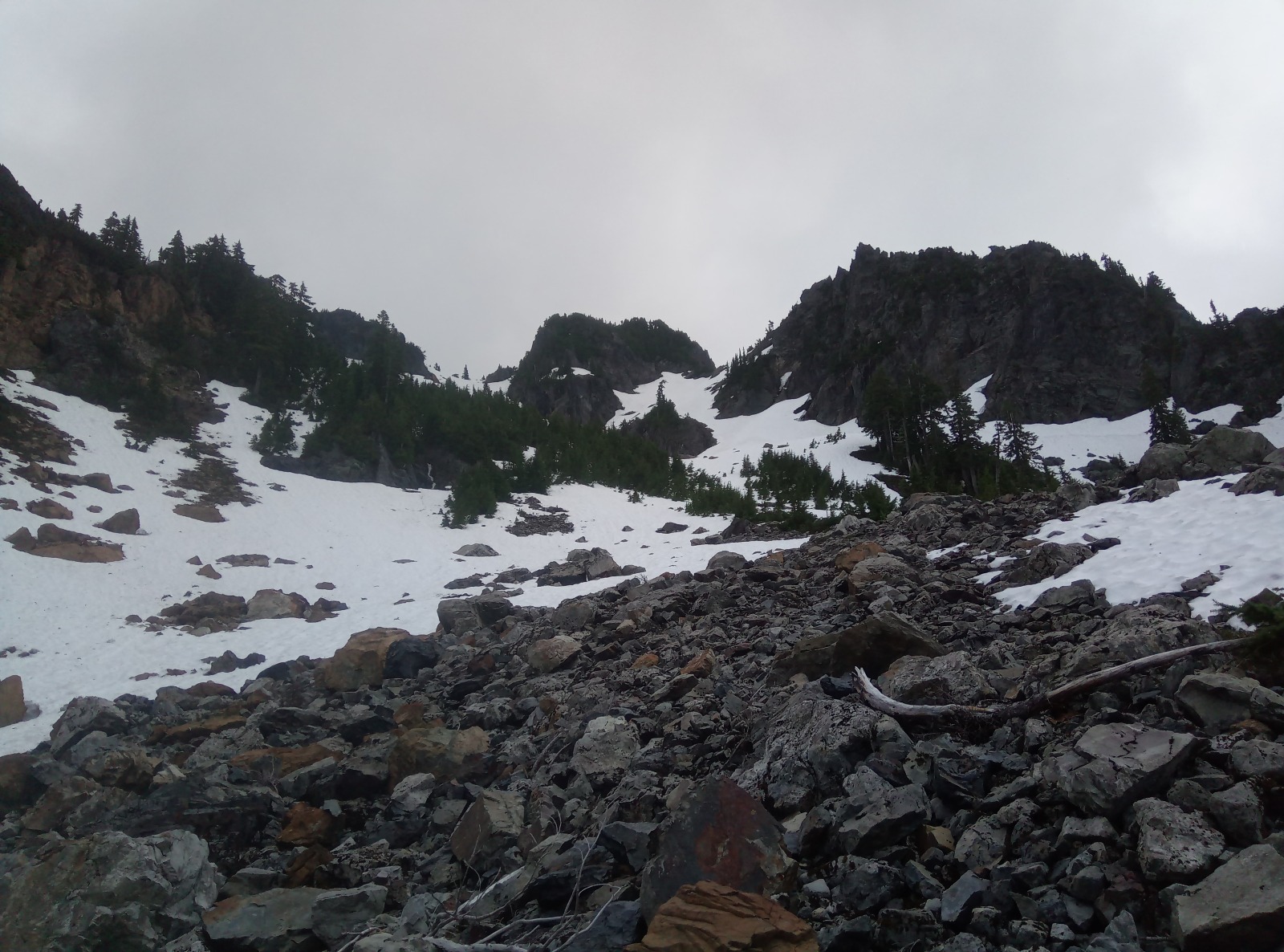 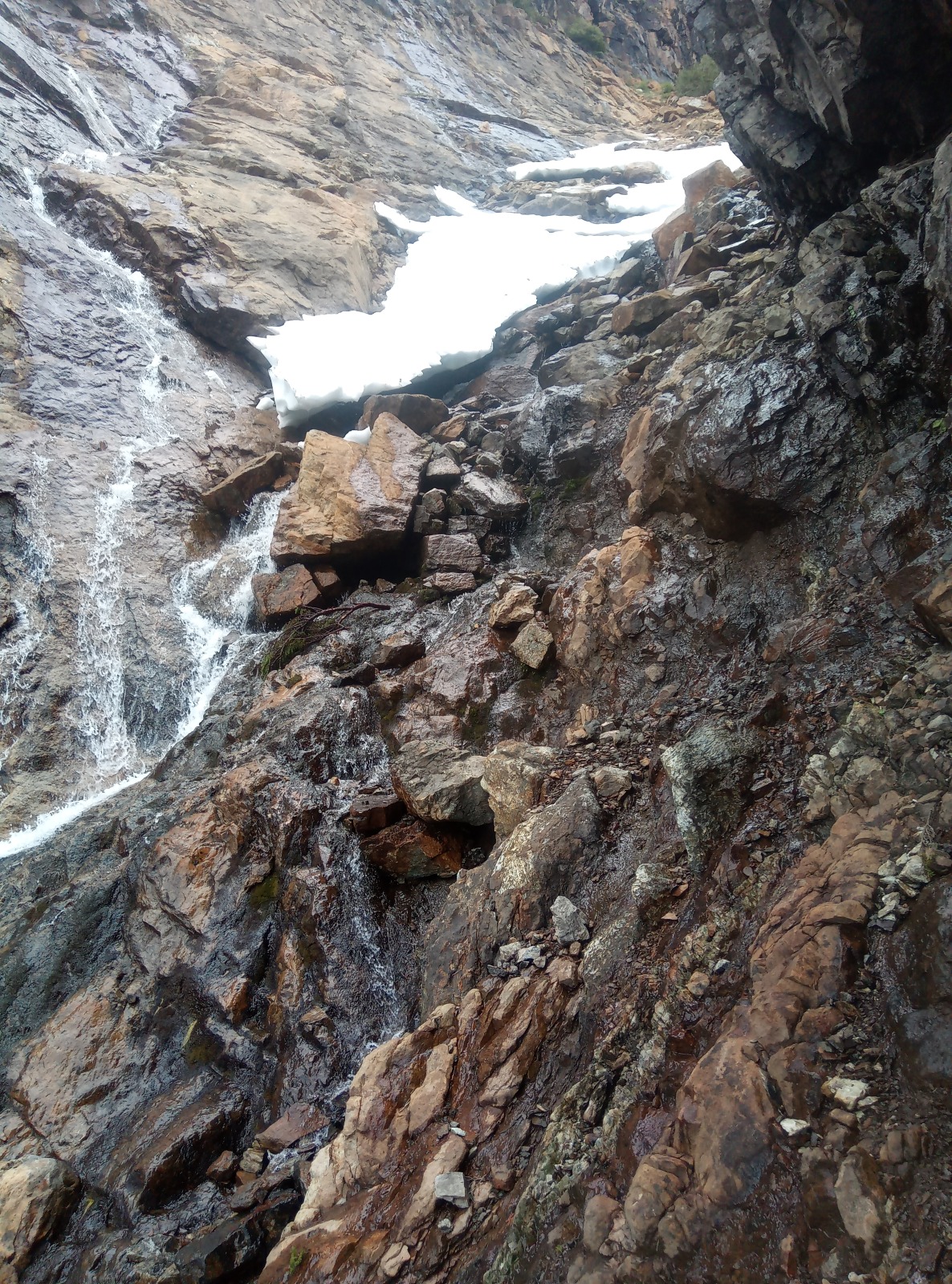