From Trail Head to Summit: 7.5 hours
From Summit to Trail Head: 4.0 hours

I hadn't really driven anywhere since this whole virus thing started. I feel fortunate to have great trails right out the door to run and bike on, but after almost 2 months of being away from the mountains (with lots of beautiful weather...which made staying away even tougher), I was going crazy and needed to get out for something. Options were slimmer than usual. I didn't want to go anywhere that was closed, and wanted to minimize risk as much as possible, and basically go into the adventure with the mindset that help is not available (because I didn't want to put anyone at risk), so don't do anything risky. My housemate, Mitch had the day off work, so we weren't going with anyone outside of our household. Mitch actually suggested Snowking, since he'd climbed it before, and the main difficulty was the length and the amount of vert involved...which we're both fine with. The route itself is pretty mellow from a technical standpoint. It was outside the National Park, and we parked up an unmaintained forest service road, so it didn't involve any closed areas. The weather forecast was about perfect, and we both went into the day with the mindset that we were fine turning around at any point if conditions weren't VERY favorable, even if they were conditions that we'd normally push on through.

We parked at about 1200 feet, where the road is blocked with some large boulders...I guess this is the new "trailhead". It took a little over an hour to hike up the abandoned road to the old trailhead at ~2300ft. Many guidebooks and maps suggest you can drive to this trailhead, but it was apparent that no one had driven past the boulders in A LONG time. From here, the trail (snow free) climbed steeply up hill. It was a typical N Cascades climbers trail. Super steep, frequent use of hands, easy to visually follow, but a challenge physically. However, I'd say it was in slightly better shape than the average PNW climbers trail in my experience. There was virtually no brush. The snowline was very distinct. About 45 minutes up the climbers trail, we went from zero snow, to enough snow coverage to start skinning, it a span of about 5 minutes.

Trees thinned at around 5,500ft, and from there, we followed the ridge over several knolls with better and better views of our objective...taking lots of short breaks to admire the views. We almost called it a day at the top of the final knoll above Cyclone before the final climb to the summit, due to some isolated sun-baked slopes we'd encountered, and not wanting to venture into high alpine terrain in those conditions. However, we figured it was worth skiing down to the final notch in the ridge and checking out the snow on the summit ridge itself to see if it was as sun baked as it looked. To our surprise, it was nearly ideal skinning conditions, and soon to be in optimal skiing shape...with about 1/2inch softened surface snow and quite firm underneath.

We made quick work of the final summit ridge, gaining 1,800 feet in about an hour over fast snow. Ice ax was handy for the final 200ft bootpack to the summit due to some firm, wind-scoured snow, but the route was not difficult and had little exposure. We were rewarded with incredible views in all directions, and some of the best Spring skiing conditions I've ever had...1,800 feet of mellow, broad ridgeline skiing in an amazing setting. While not a long ski run, it was well worth the effort.

Once back down to Cyclone Lake, we had a bit of work to do to get out. We bypassed the first knoll on the ridge out, but still had 2 more to climb over. However, spirits were high, we had plenty of daylight left, and we were able to follow our skin track back down to snowline and find the trail without too much trouble. The hike out to the car was satisfying and uneventful after a good day out in the mountains. Car to car in a little under 12 hours at a moderate pace taking plenty of short breaks.

I haven't been out in the mountains since, still waiting for more things to open up before venturing deeper, but I was thankful to have so many options for nearby adventures during this time...and to be able to get deep into the mountains and away from people without needing to do anything too extreme or risky to find that solitude. We didn't see a single person the entire day! I'd love to go back again when I feel better about overnight trips, and camp up high in the Snowking area. There was so much potential for many days of ski touring or mountain wandering in all directions. Highly recommended if you're willing to do the work to get in there! 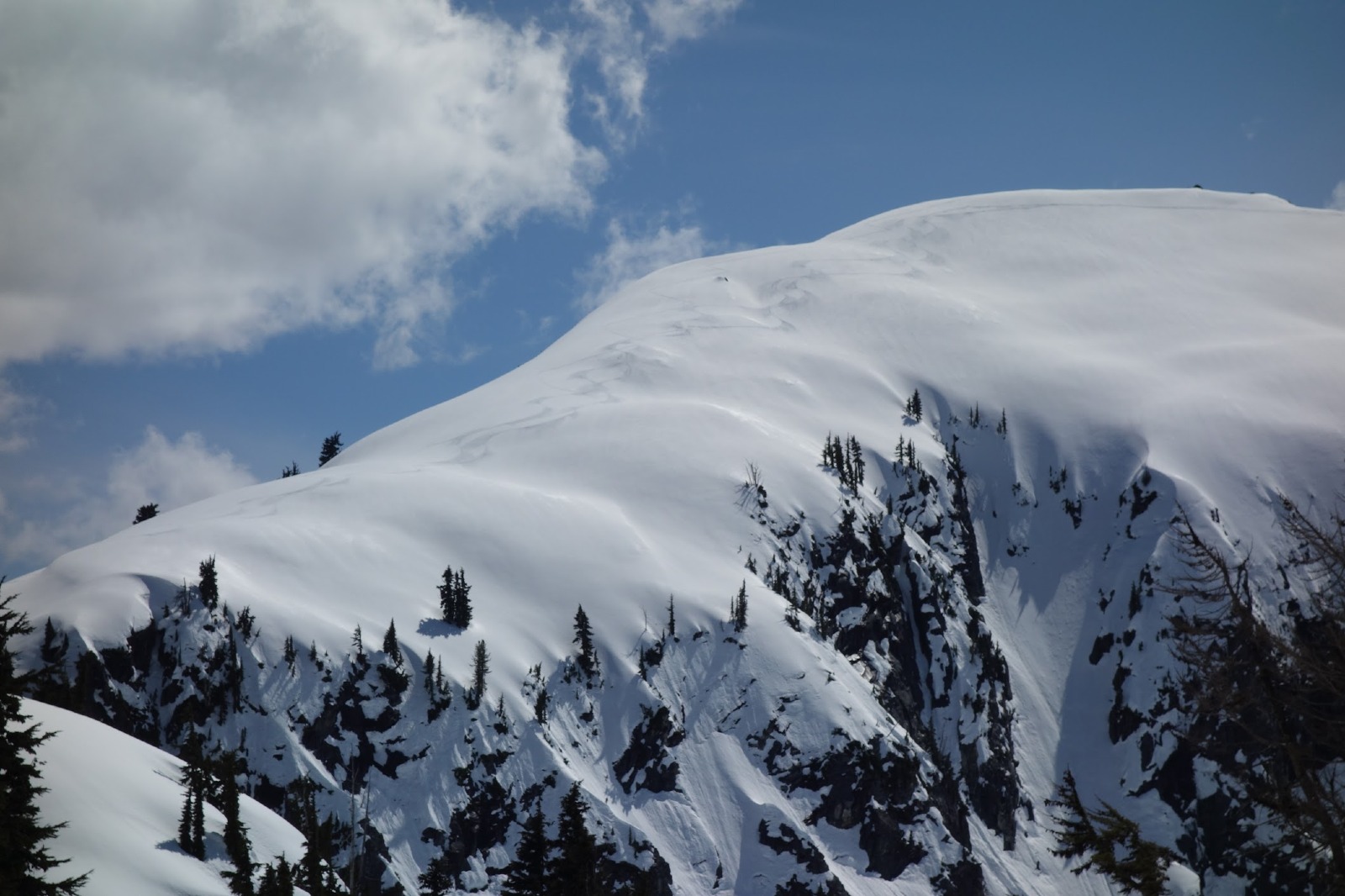 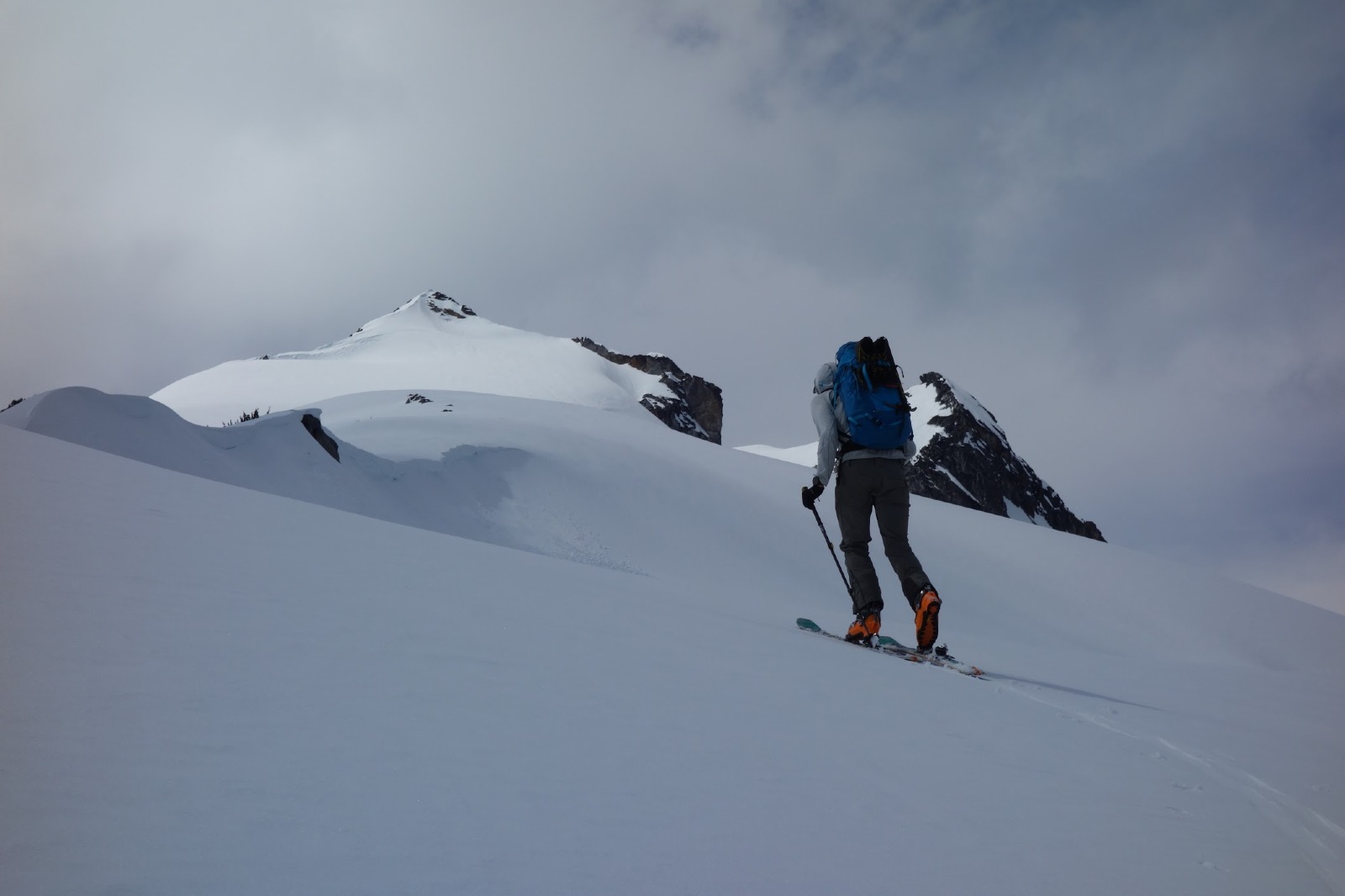 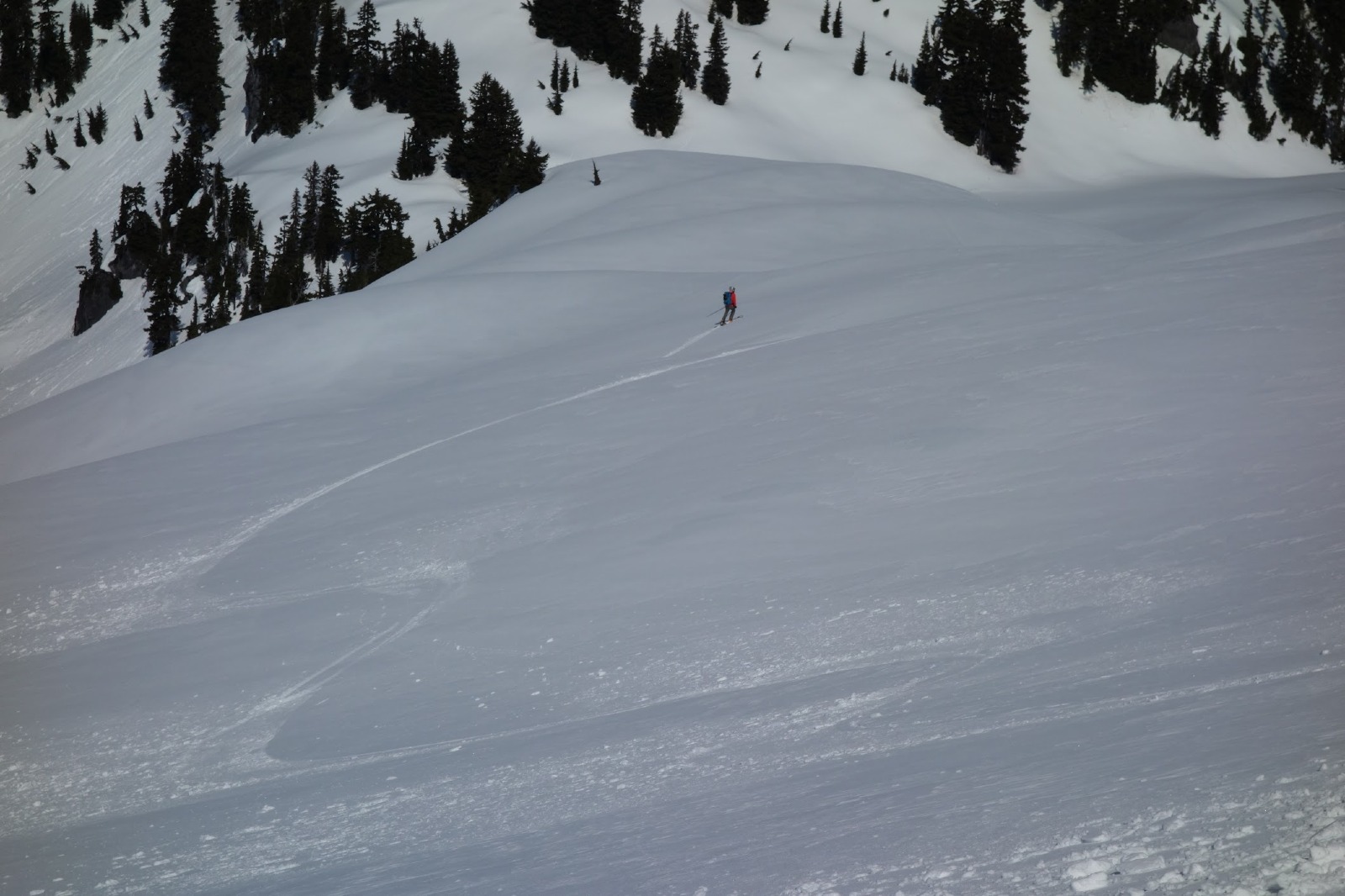 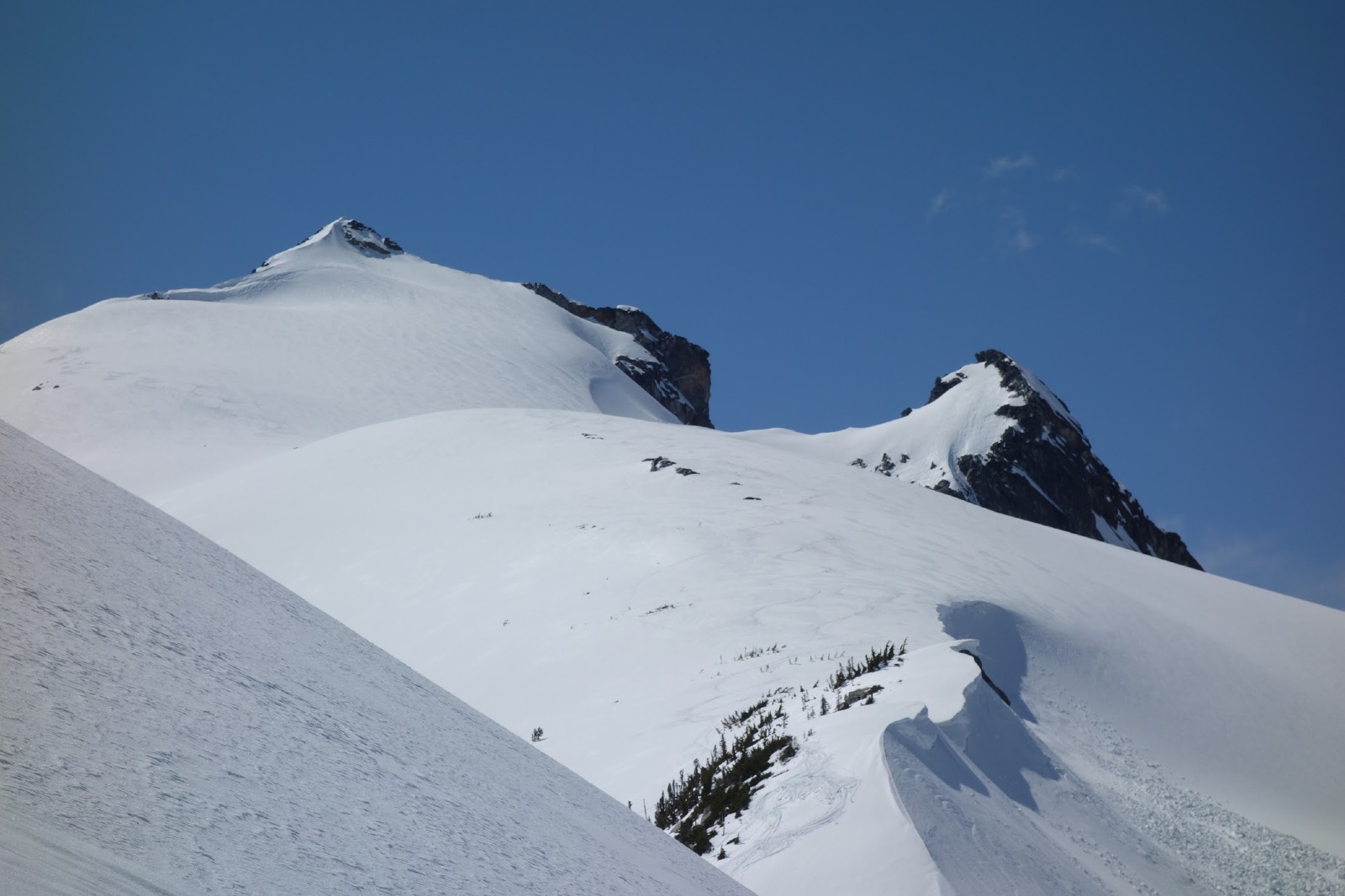 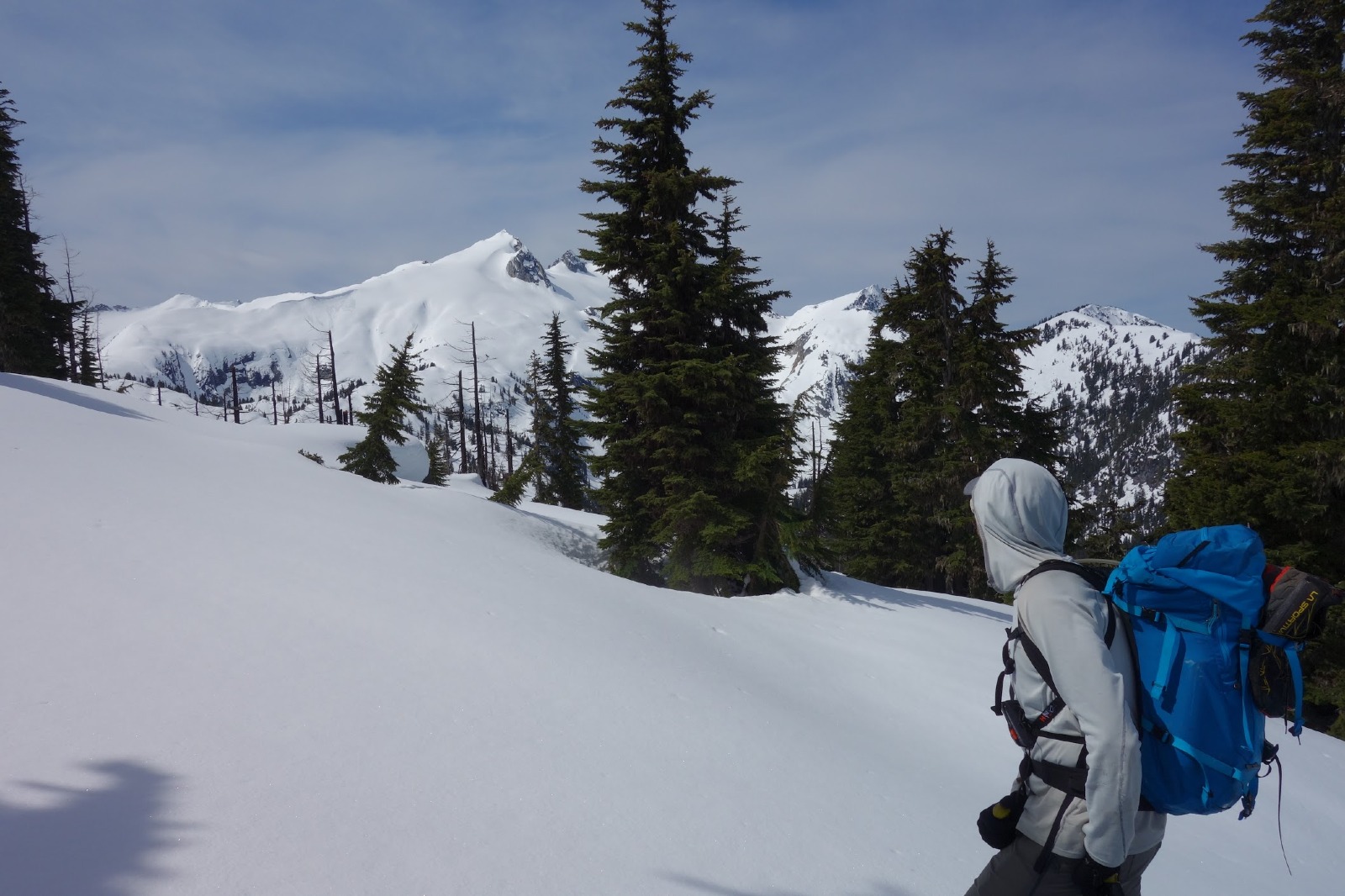 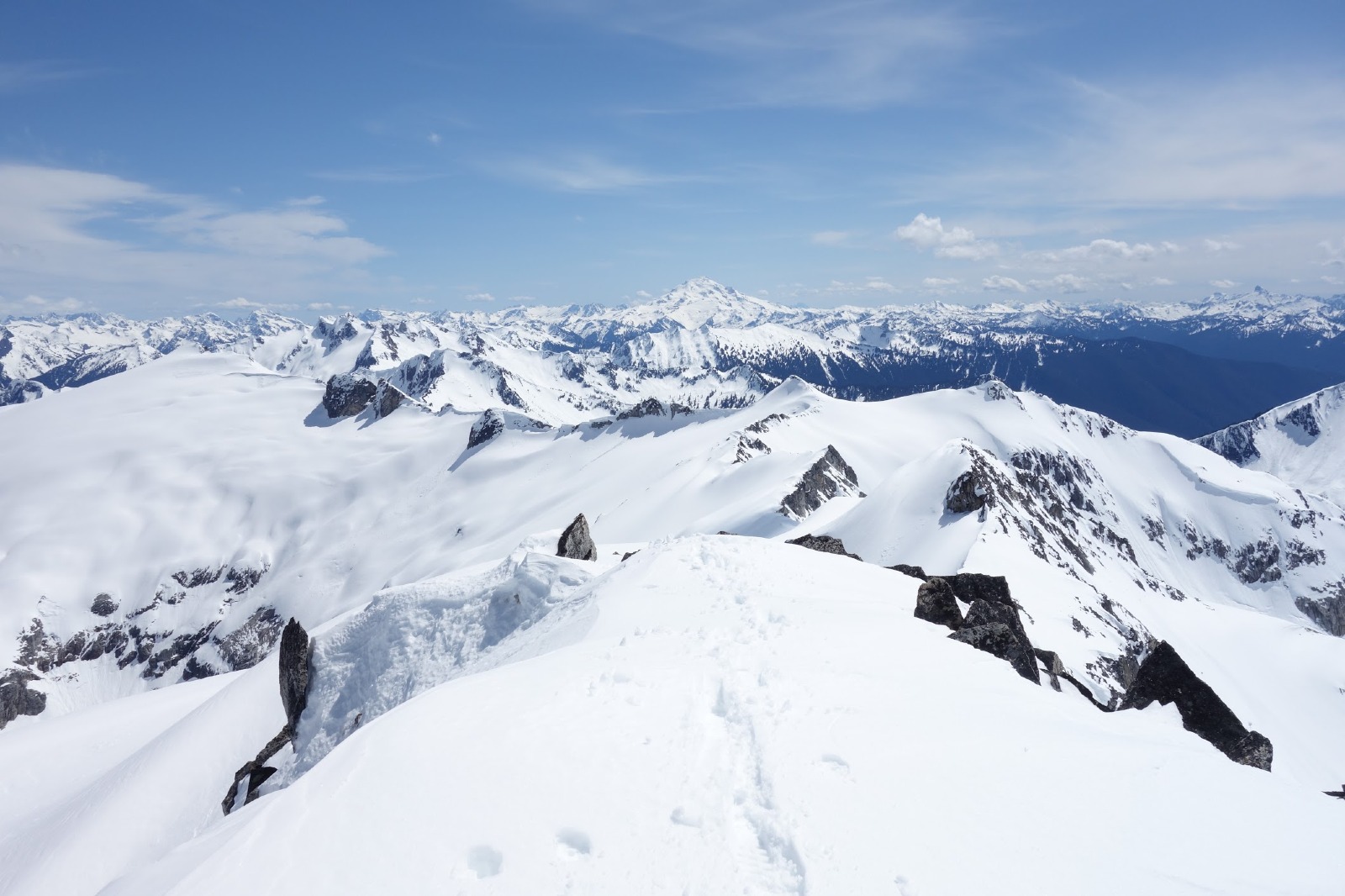 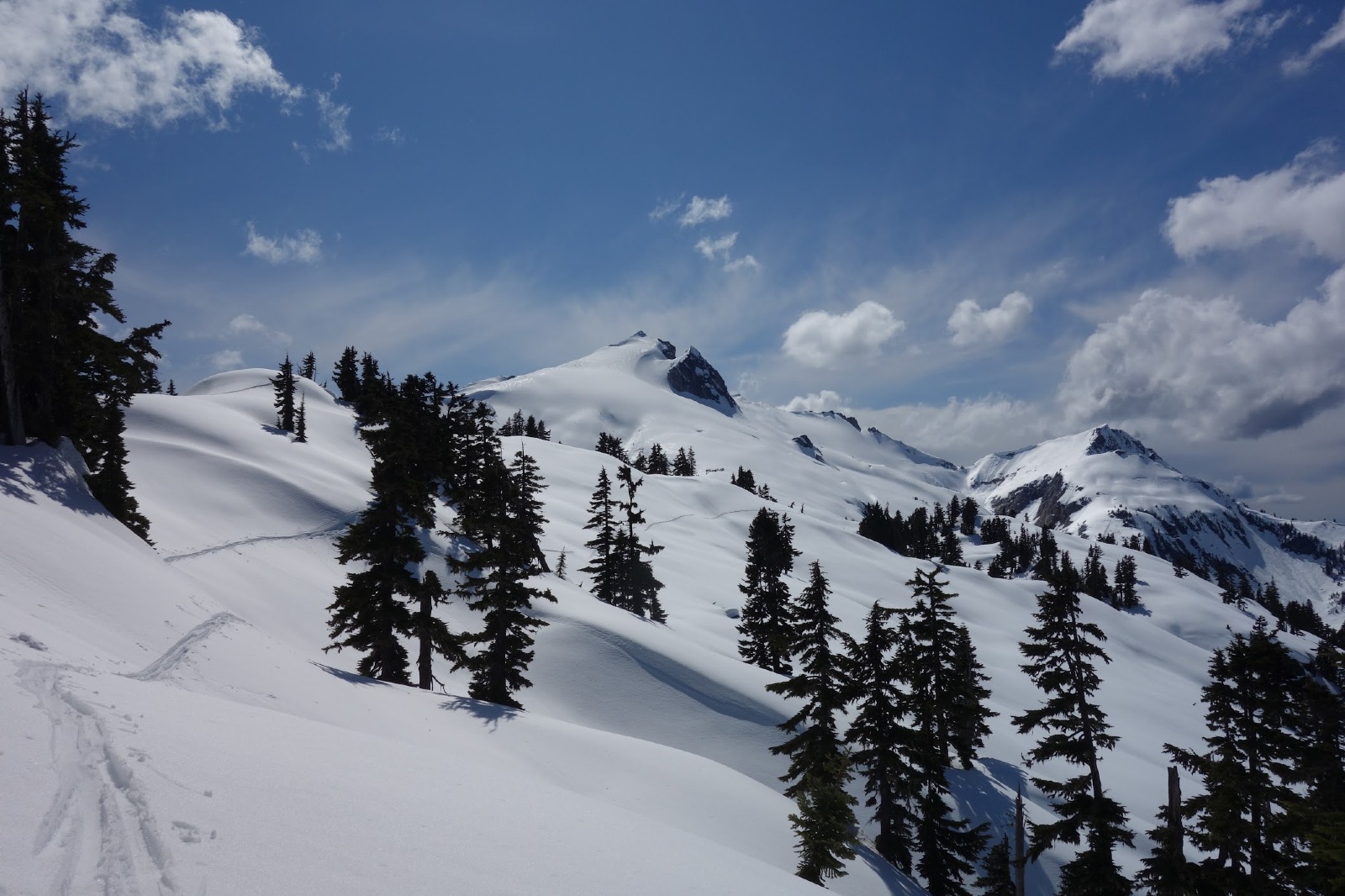 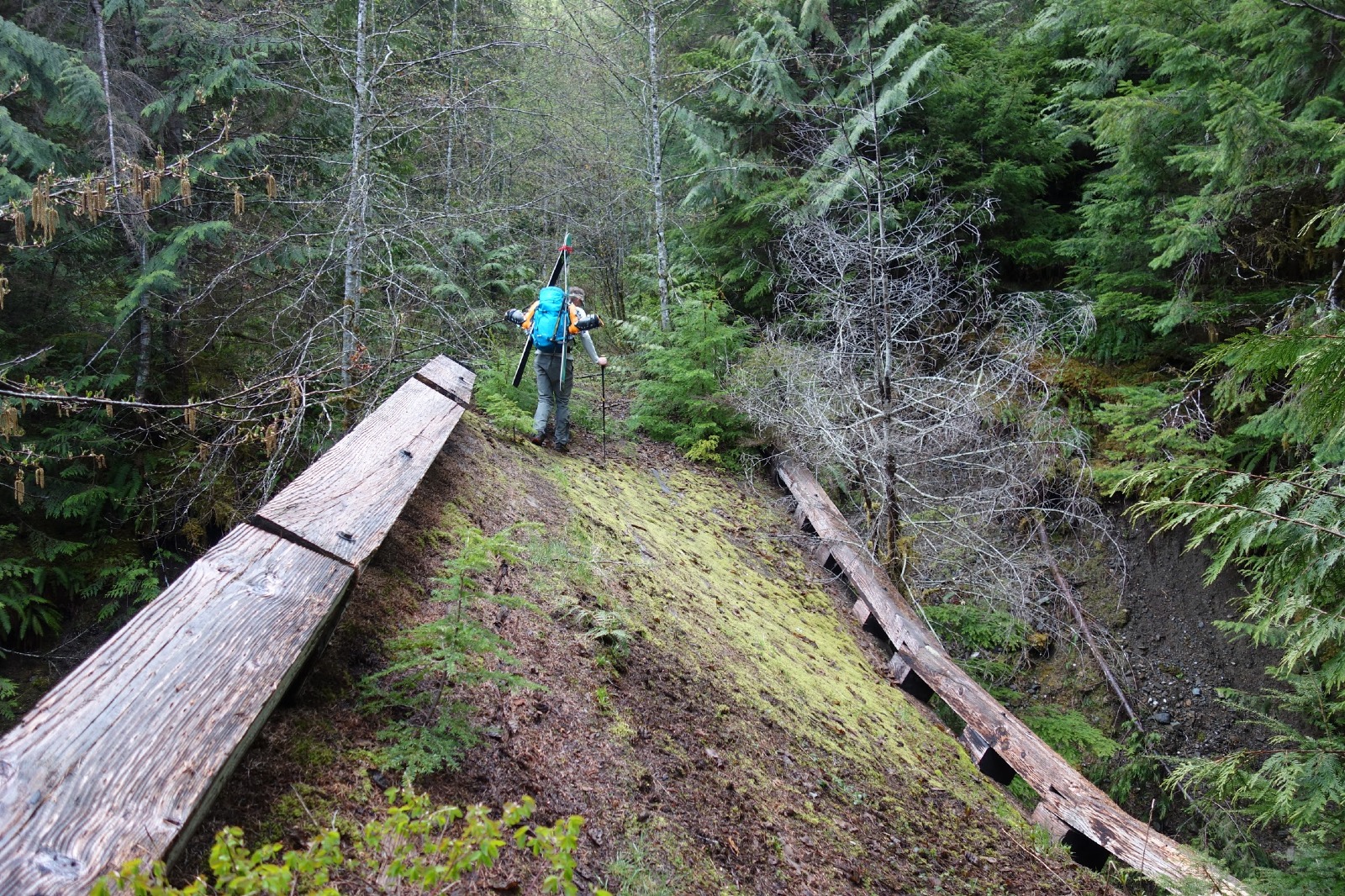