From Trail Head to Summit: 6.0 hours
From Summit to Trail Head: 3.5 hours

Weather: The weather was mostly nice. Partly cloudy pretty much all day. The light wasn't flat which was very nice.

We were able to drive to about 2100 feet before the snow was too deep to travel anymore via car. From there we got ready and skinned up to about 3000 ft where we caught an SE ridge. Someone had already started a skin track that quickly turned into a brief boot pack. After that, it was straightforward skinning up the ridgeline until we caught the people who set the skin track at treeline. Eli and I broke a little trail and we stopped for a break a little above treeline before the summit push. A couple more parties caught up with us and they ended up breaking trail to the summit.

On my way up to the summit, all I could think about was the beauty of it all along with all fresh snow I was about to ski! I caught up with everyone else right before we reached the summit. I stepped out on the snowy summit block being careful of cornices at about 2 pm. The two other parties that were also up there ended up leaving quite quickly so we got the summit to ourselves for lunch. The view of Eldorado was amazing and I'm sure the view would've been even more insane if it weren't for clouds covering seemingly everywhere else in the North Cascades. After finishing up our lunches and hanging out for a bit we ripped our skins off and got ready for our reward, a thigh-deep, powdery descent. For the descent, we followed our skin track back down being careful to not get stuck in any gullies that would require us to put skins back on. Once we got under the treeline, I carefully followed the skin track back to the road to ensure I did not end up in unknown nasty terrain. After getting back on the road, we quickly descended using the skin track made earlier in the day to keep speed through the flatter sections. We got back to the car and we were stoked about another good day in the mountains. 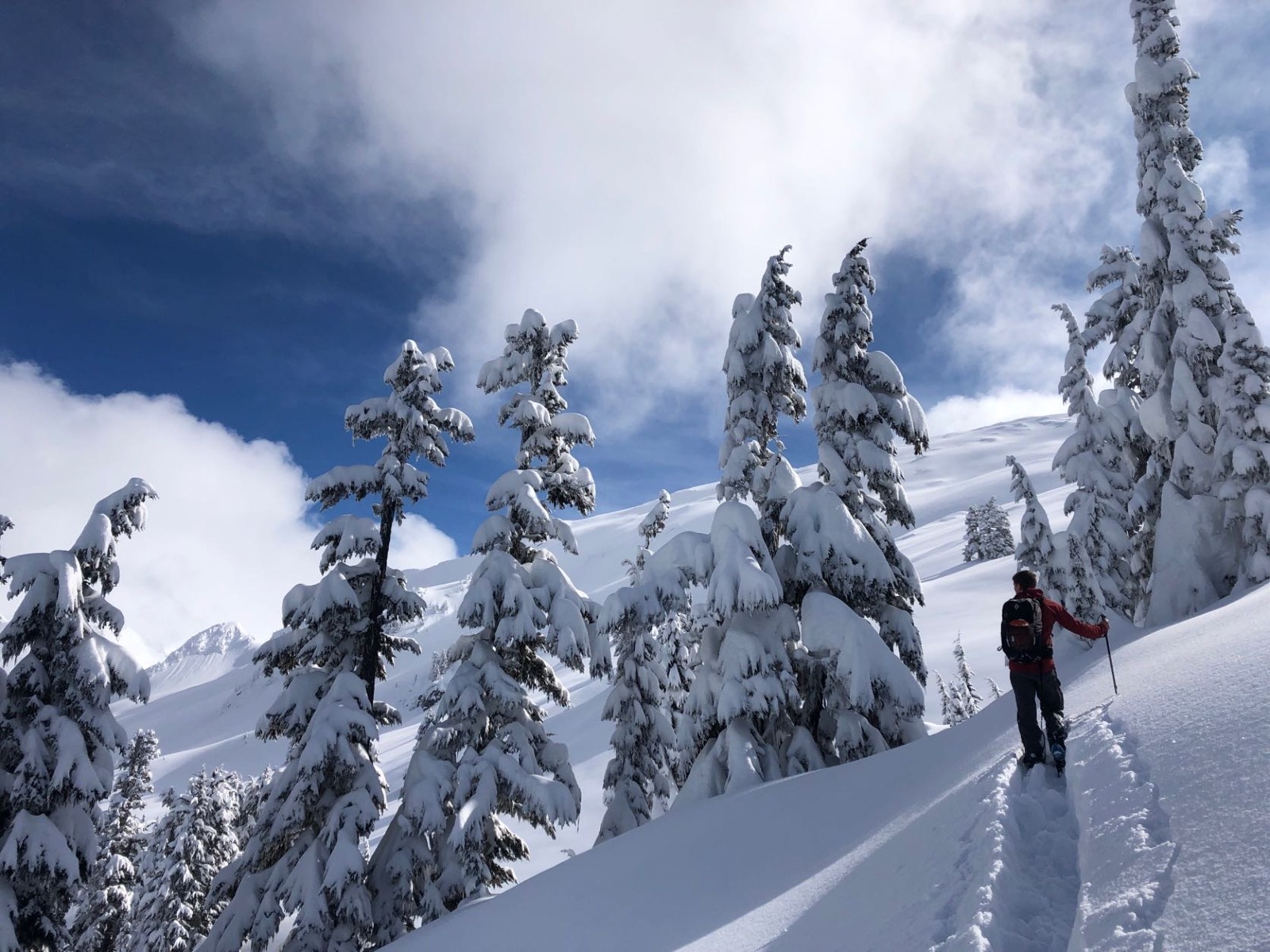 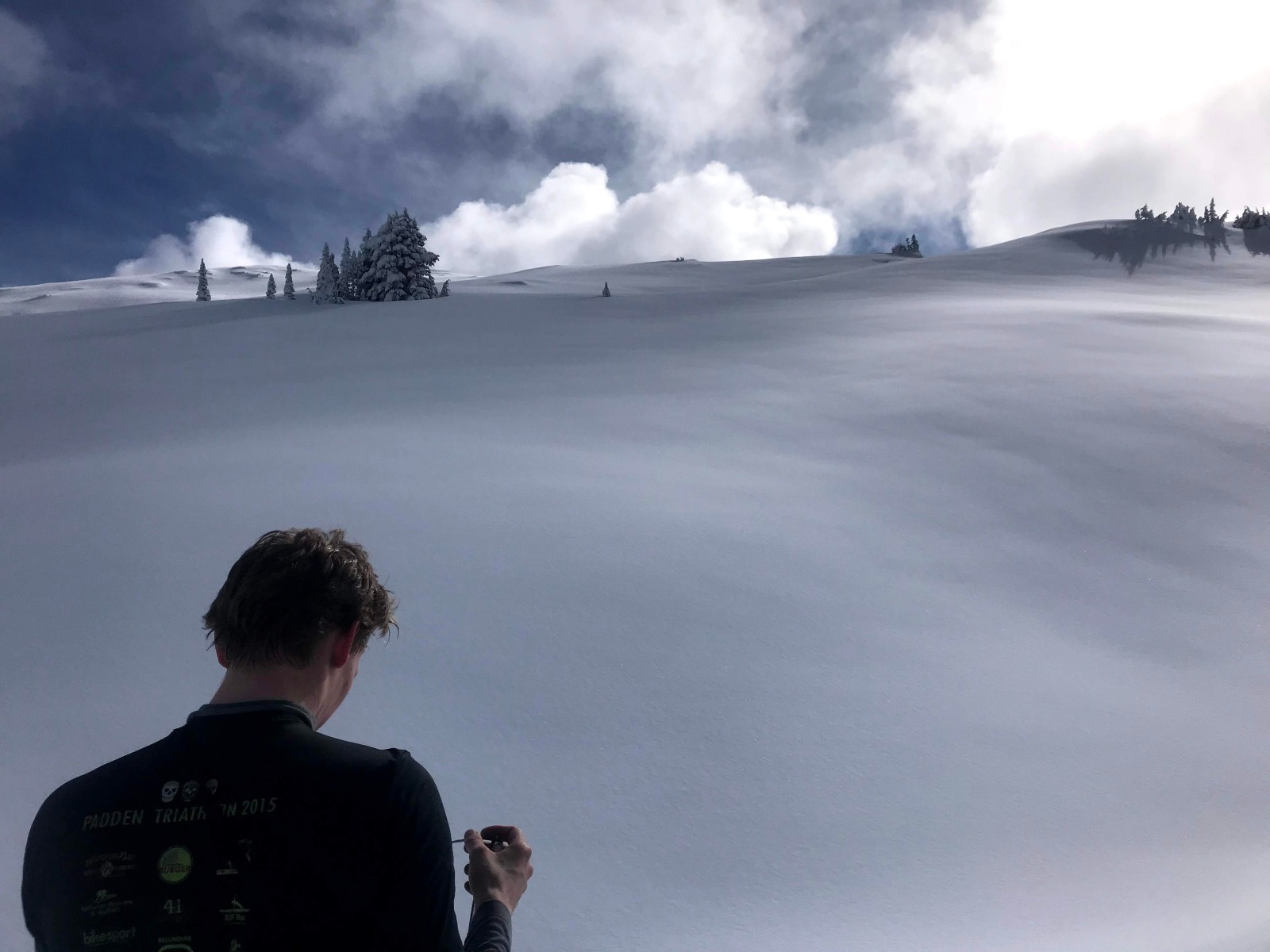 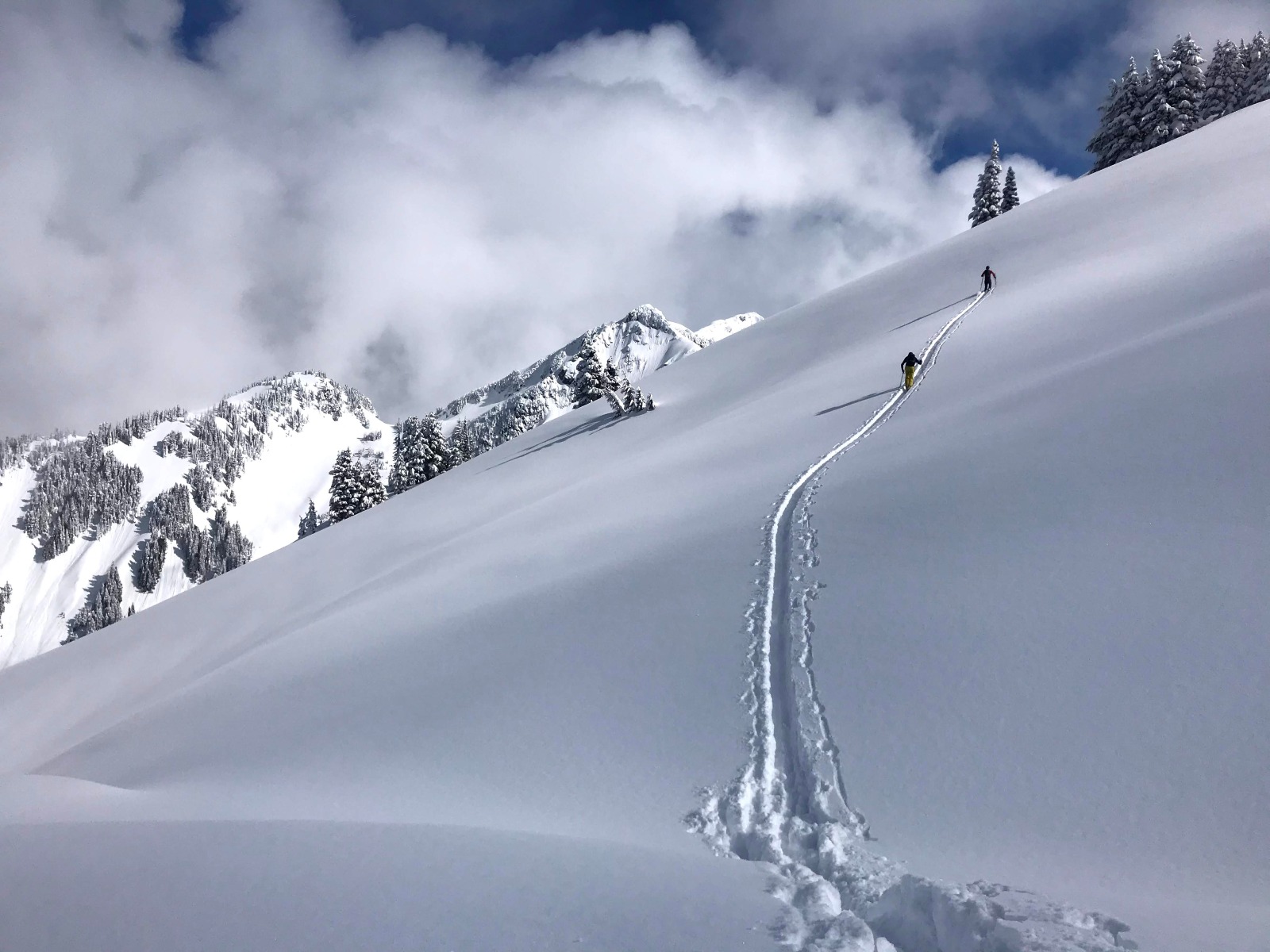 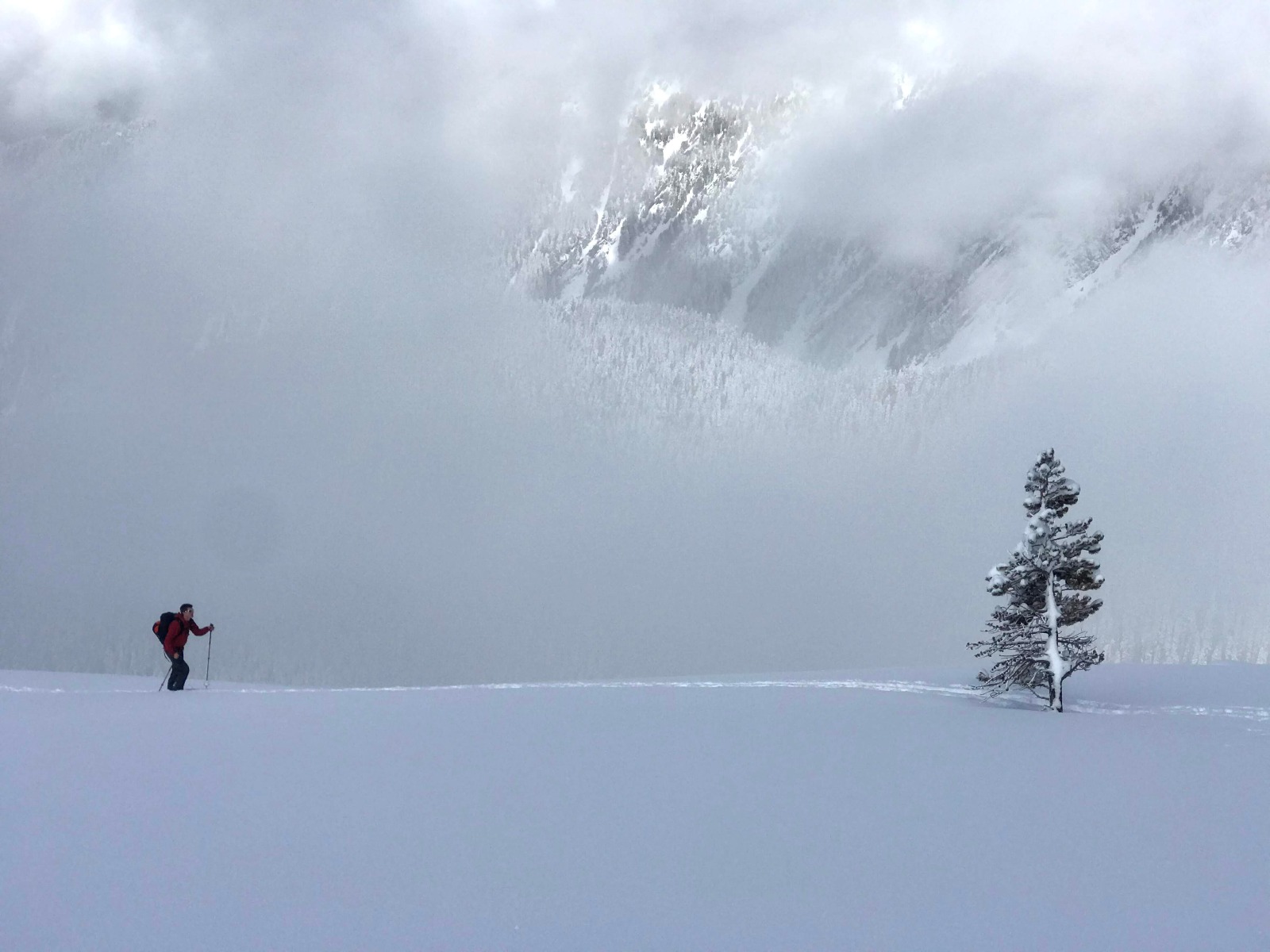 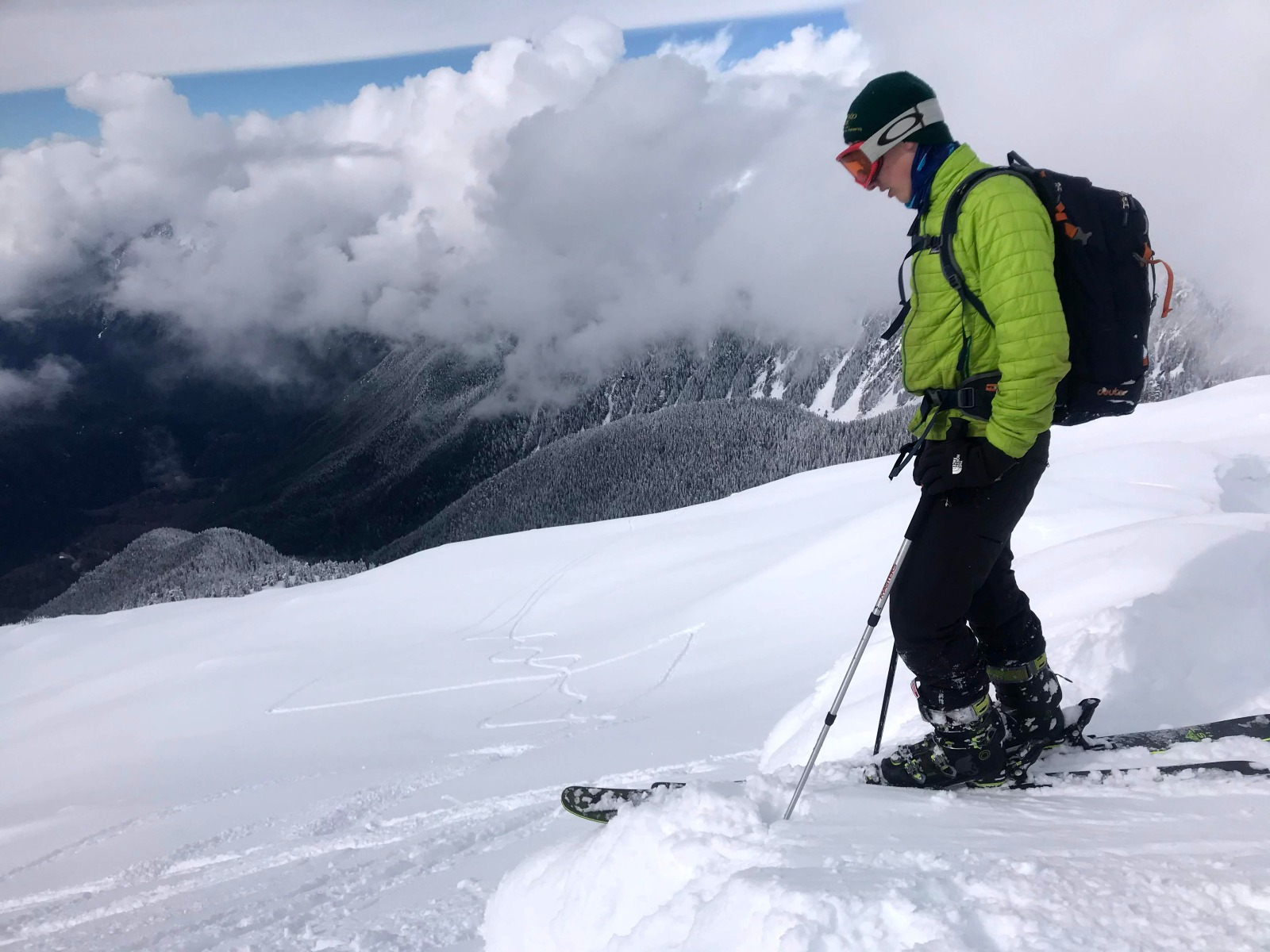 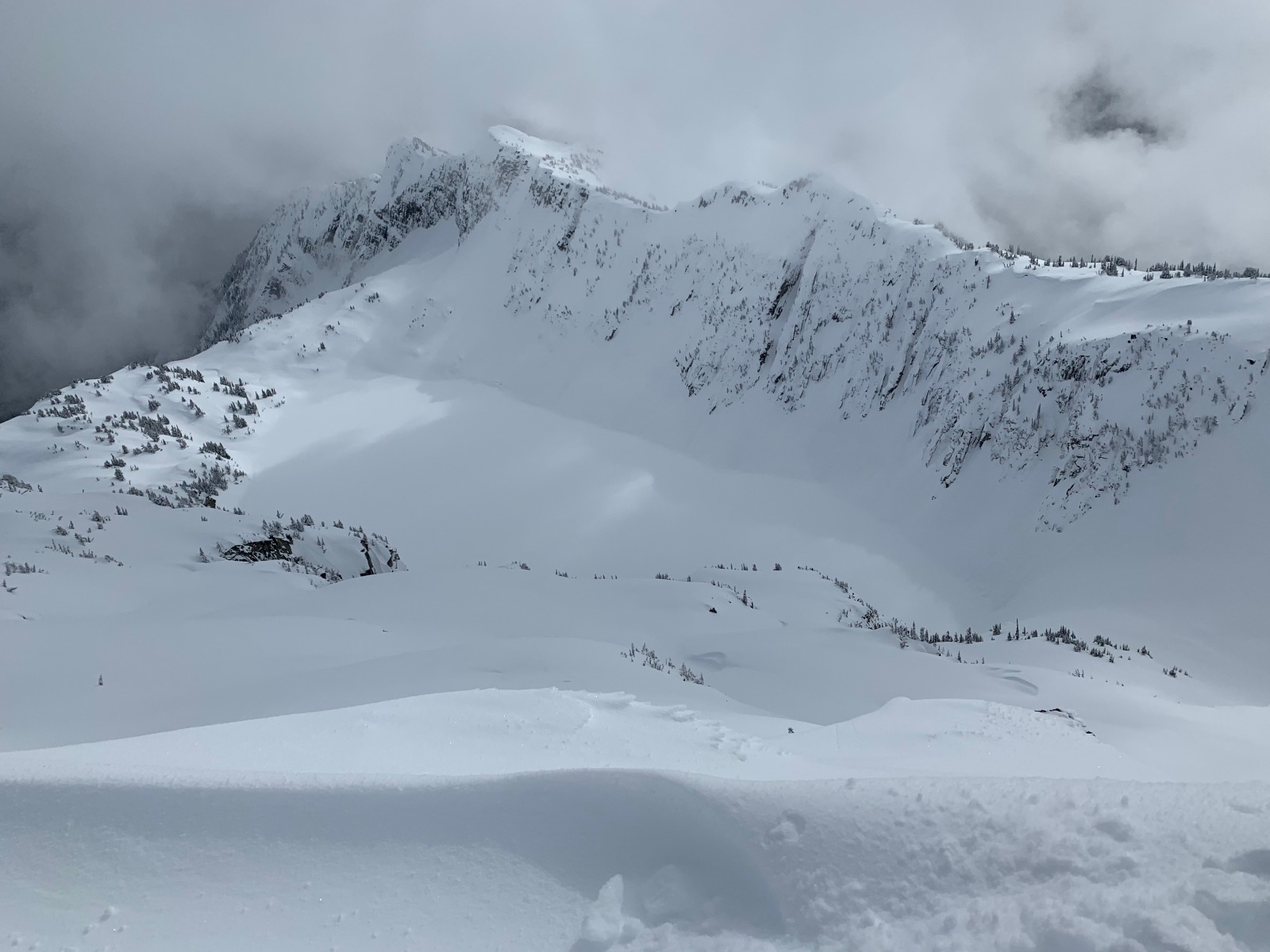 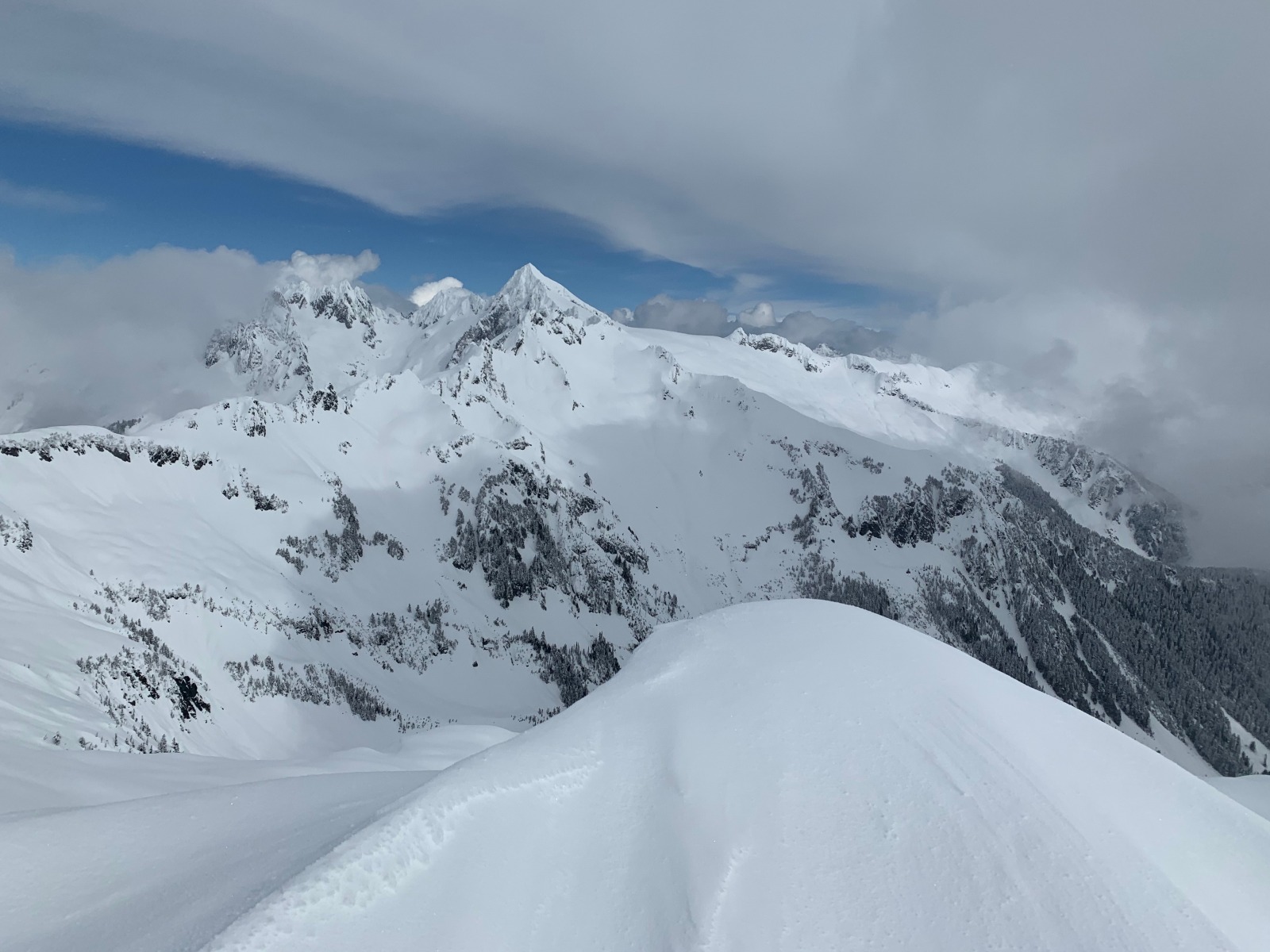 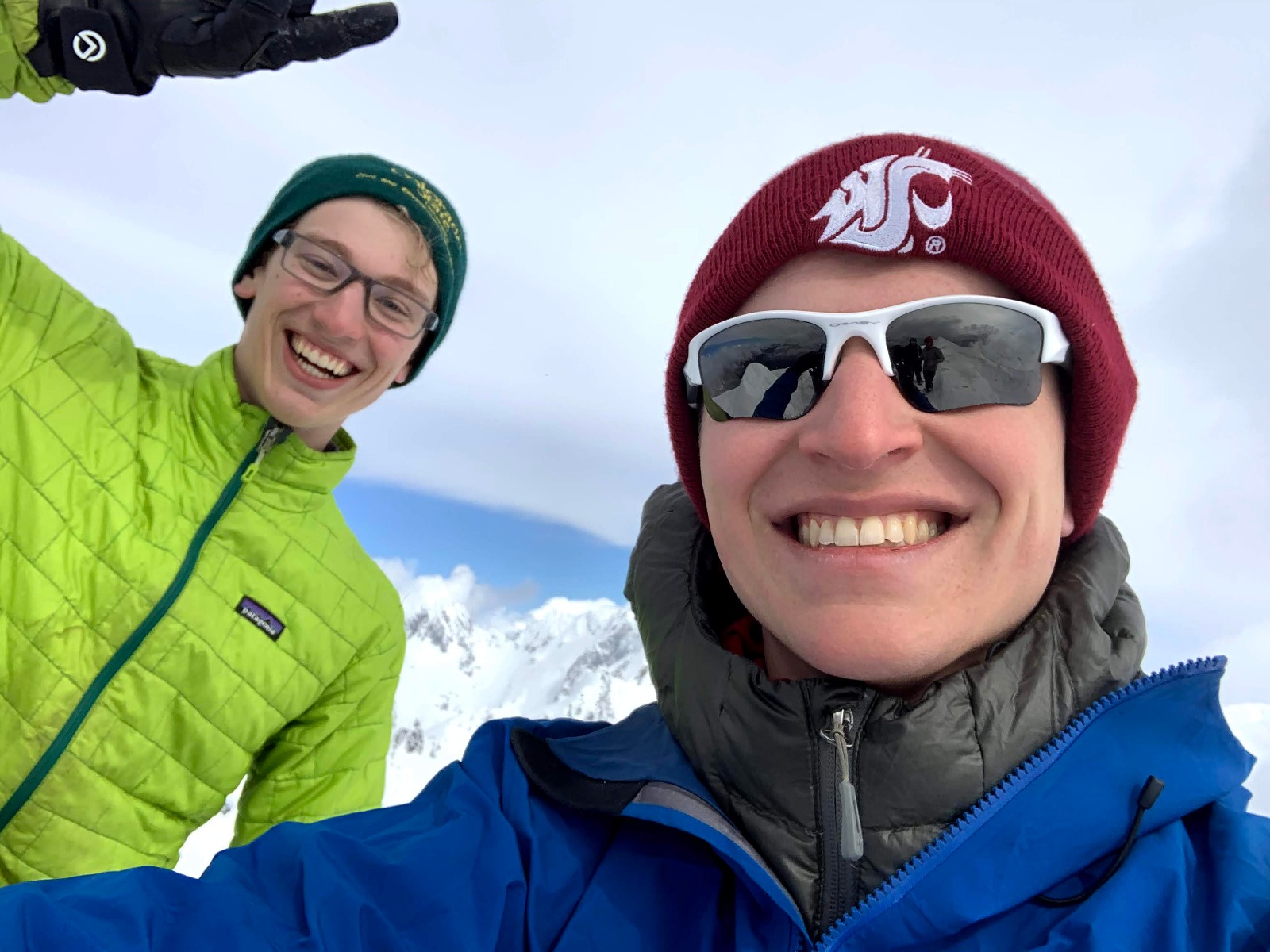