A promising weather window was coming up and both of us (Cac and Alex) were dying to get out and ski something in the Skagit 60 list. We settled on Sourdough mountain because we had tried it a few years back and failed to reach top. We also really wanted to kick our own asses because we haven’t been out in a while.
With over a vertical mile of elevation from the parking lot we had our work cut out for us.
We hit the trailhead at 7 o’clock and climbed at a steady pace of about 1000 feet an hour. Encountered snow at 1500 feet but, kept walking because we weren’t breaking through. At about 2000 feet we started skinning. The snow conditions were very good. With powdery snow over breakable crust and a pretty stable snow pack.
We broke out of the trees a couple hours later and were able to see the majority of our route ahead. We stayed on the ridge instead of the summer trail and encountered a couple steeps in the ridge that required taking skis off and crawling up.
We reached the summit at about 1 o’clock and with a quick bite and some gear changes we headed down on wobbly legs.
We dropped down to the valley below the summit to the south with the idea of meeting our track coming up. This was a mistake. We ended up having to traverse steep side hill without being able to drop too low because we didn’t want to miss our track. We did finally meet our track and we had many blissful turns in open trees until it was time for survival skiing down low. The rest of the trip was uneventful and mostly spent in our own little pain caves.
Overall this was a great trip but, took a lot of effort for the turns we made.
It always feels good to get back from a trip not having hurt ourselves and achieving our goal. 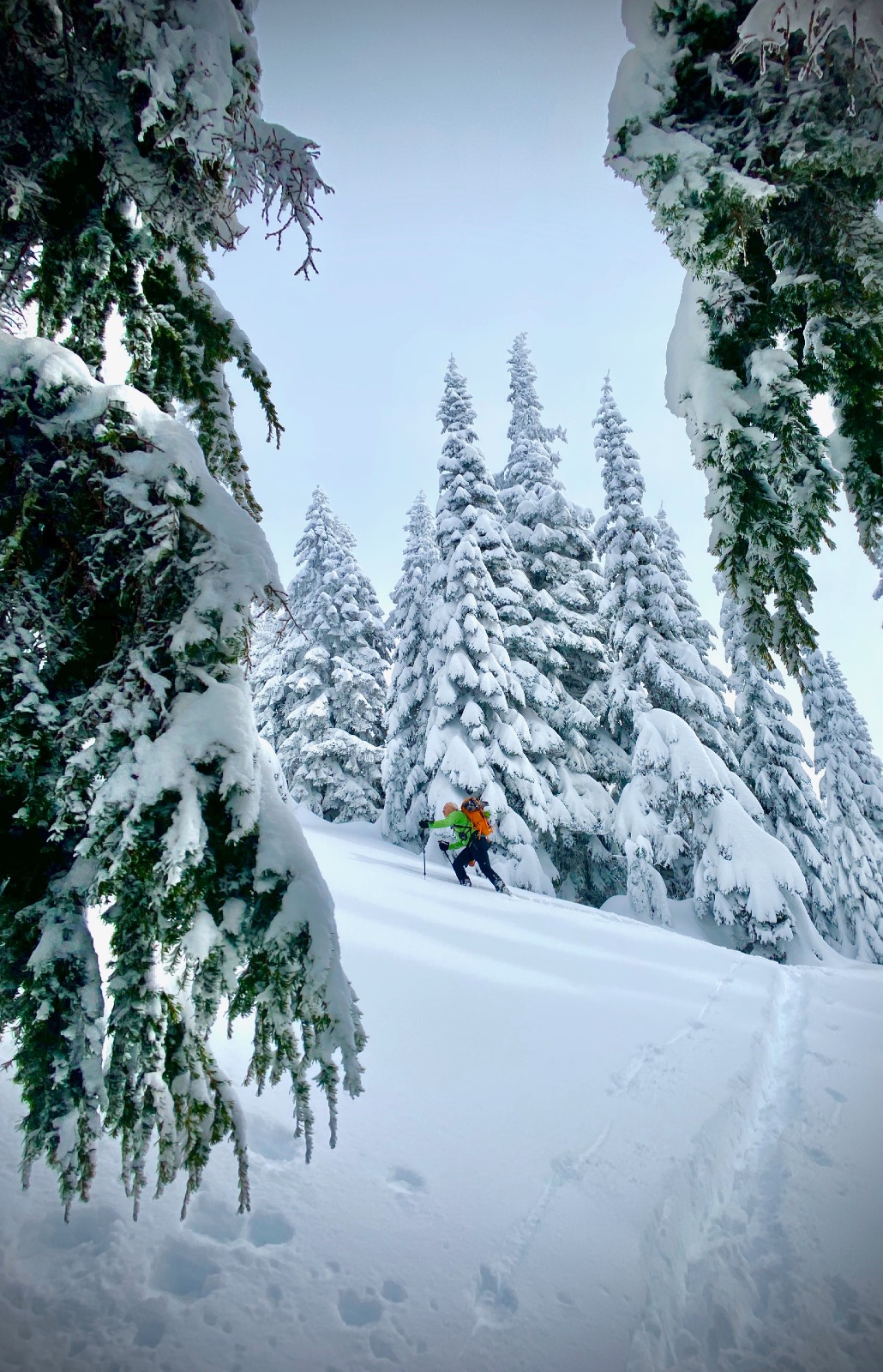 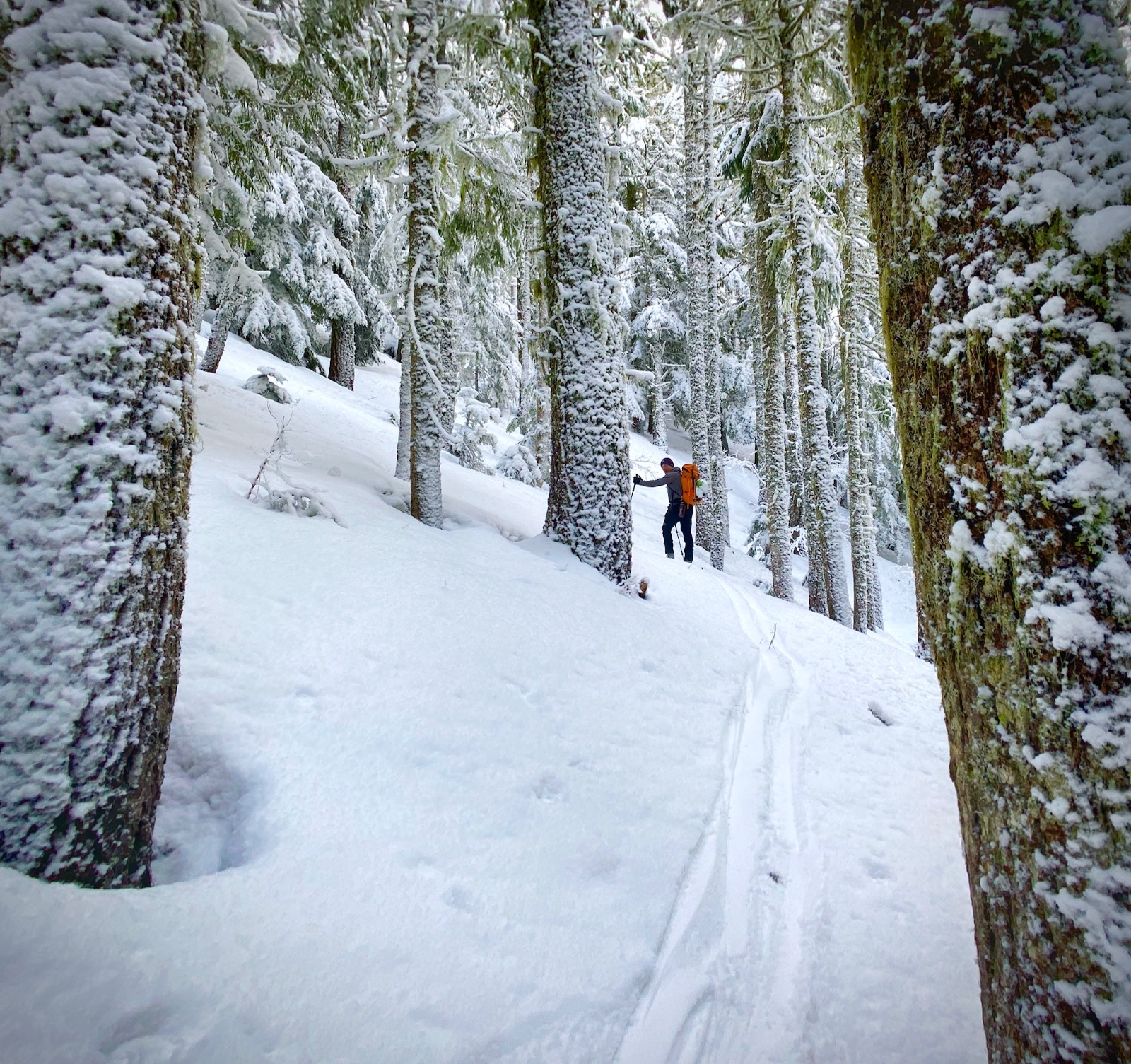 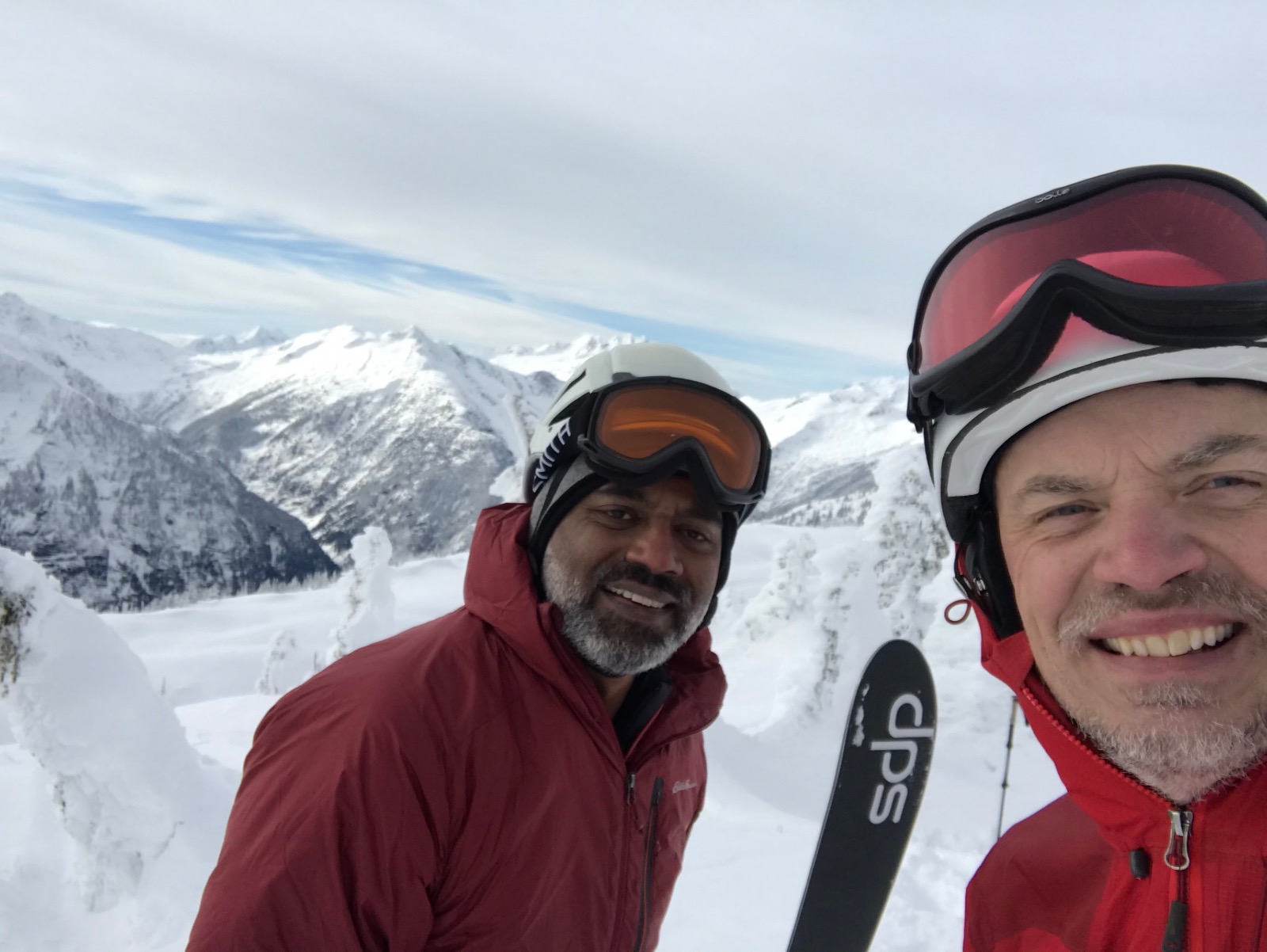